The 7 Biggest Lies You've Been Told About Hacking

Online security is increasingly an issue rich for headlines as everyone from movie studios and celebrities to major retailers and CENTCOM find themselves the victims of digital infiltrators. However, “hacking” is also a very technical issue and, like many technical issues, one the media often gets wrong.

So as a citizen of the 21st century, it’s increasingly important to arm yourself with some basic facts about hacking, cybersecurity, and the real threats they pose, as well as those they don’t. With that in mind, here are seven common misconceptions you might have about hacking.

1) Taking down a site is akin to hacking that site

One of the most common headline-grabbing moves by so-called hackers is to take down their site through a DDoS attack. A group calling itself Lizard Squad has been using this method to take down the networks of Playstation and Xbox Live. It’s a common method of protest by the hacker collective Anonymous, which has used it against such varied entities as the Westboro Baptist Church and, most recently, French jihadists.

These are not “hacks,” however, in the traditional sense of the term. A “hacker” is defined by the National Initiative for Cybersecurity as “an unauthorized user who attempts to or gains access to an information system.” Taking down a website or even a server does not take so much effort and certainly doesn’t demand infiltrating the host of the target. All you need is a simple distributed denial of service, or DDoS.

A DDoS is a network of computers all sending data packets towards one server with the goal of overloading said server. Far from many individuals sending data from their computers, however, the most common form of DDoS consists of networks of computers—typically hacked for this purpose without their owners knowing—all being used to flood a particular target. 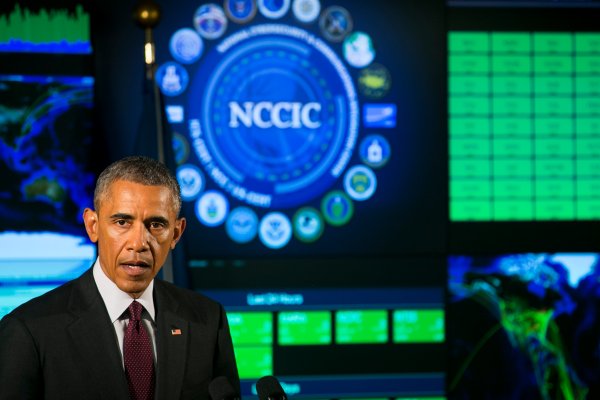 Here's How Obama Wants to Protect the U.S. Against Hackers
Next Up: Editor's Pick