The FDA Has Approved an Implantable Device for Obesity

It’s the first new device for fighting obesity in nearly a decade and on Wednesday, it was FDA approved for Americans.

Called VBLOC, the device requires implanting a small pulse generator into the abdomen, making it less invasive than bariatric surgery. VBLOC took its manufacturer, EnteroMedics, 12 years to develop. It works in the gut like a pacemaker does in the heart, sending out pulses of electricity to the vagus nerve, which normally signals the brain when the stomach is empty or full. VBLOC stimulates this nerve, sending the message that the stomach is satisfied, which shuts down the urge to eat more.

For now, doctors set the device to trigger different levels of electrical stimulation, depending on how much support the patient needs. Eventually, EnteroMedics’ consulting chief medical officer, Dr. Scott Shikora, patients may be able to adjust the frequency and timing of the pulses themselves.

VBLOC is approved for those who are obese, with a body mass index of 35 to 45, and who have at least one other obesity-related medical conditions, such as diabetes or heart disease. Patients also have to have tried and failed at losing weight with a weight loss program.

“If you bring along a new technology that is much simpler, much lower risk and doesn’t dramatically change lifestyle like required of bariatric patients, then I suspect a pretty good number of patients out there will say ‘Sign me up, this is for me,’” says Shikora, who has been performing the more invasive operations for two decades in Boston. For now, it’s likely to be offered by reputable weight loss centers that also perform other obesity procedures in the coming year before expanding to other outlets.

The FDA based its decision on a trial conducted by EnteroMedics involving 157 patients who used the device and 76 patients who did not. The VBLOC group lost 8.5% more excess weight than the control group after a year. While the weight loss did not meet the study’s original goal of having the patients lose at least 10% of their excess weight, the agency decided that the benefits of the device in helping obese patients lose weight outweighed any potential risks, which included surgical complications, vomiting, heartburn, chest pain and problems swallowing. “Medical devices can help physicians and patients to develop comprehensive obesity treatment plans,” Dr. William Maisel, chief scientist in the FDA’s Center for Devices and Radiological Health said in a statement.

The agency is asking EnteroMedics to continue studying VBLOC for five years in at least 100 patients who use the device after it reaches market. Those studies will let doctors and regulators know if stimulating the vagus nerve continuously in these patients has any adverse effects on the nerve’s other functions in communicating information from the digestive tract up to the brain. 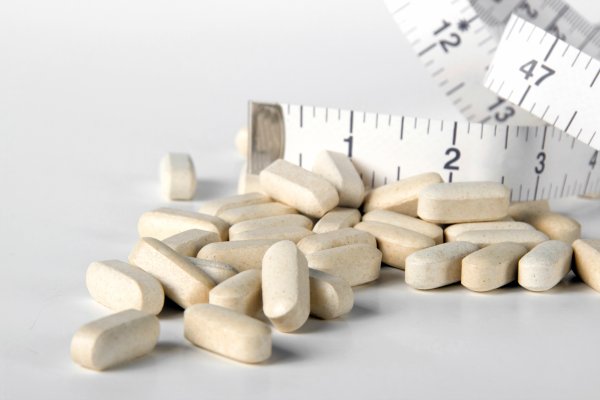