Disney has taken a lot of flak for perpetrating sexist stereotypes in its princess movies. In today’s competitive, every-moment-counts child-rearing culture, American parents want their kids’ entertainment to be not just fun, but also fulfilling. So if a movie sends the wrong message, many parents stay away. That’s why the company has responded to the criticism, shaping more recent princess movies such as Frozen and Brave around female characters for whom romance is not the primary motivation.

I welcome this evolution. But there’s still a lot to wonder about — and even complain about — in today’s animated children’s movies, especially in the radical differences between male and female bodies.

Yes, on average real men’s bodies are bigger, and more muscular, than women’s. And yes, animation is an art form not restricted to the boundaries of realism, which is what makes it great. But the exaggerations in these children’s movies are extreme, they almost always promote the same image of big men and tiny women, and they are especially dramatic in romantic situations.

Consider just the differences in hand size. Here are the hands of romantic couples in (clockwise from top left): Frozen, How to Train Your Dragon 2, Gnomeo and Juliet, Hercules, Tangled and Brave.

The differences between men’s and women’s hands and arms in these pictures are more extreme than almost any you can find in real adults. The men’s hands are routinely three or four times larger than the women’s. For comparison, I checked a detailed report that the Army commissioned to design its equipment and uniforms. In real American adults, for example, men’s wrists are on average only about 15% larger in circumference than women’s. In that scene from Frozen, not only is Anna’s hand tiny compared with Hans’, but in fact her eyeball is wider than her wrist.

In the Hercules scene, his bicep is about 2.8 times wider than hers, while the very biggest man in the Army report had a bicep just 2.1 times bigger than the very smallest woman (that bicep difference is also greater than that observed between Shaquille O’Neal and his former wife, Nicole Alexander). The same is true of their neck and wrist measurements.

In the case of Hercules, we can actually compare the Disney depiction to ancient renditions of the demigod and his mistress. From 4th century mosaics to Alessandro Turchi’s 17th century painting, the demigod is portrayed relative to Megara in much more normal human proportions. I know Hercules is not supposed to be a regular human, but if he’s really a different species, maybe Disney shouldn’t feature him kissing a girl in a children’s movie.

(There are exceptions to the Disney/Dreamworks model of couples, even in modern animation. Consider, for example, the teen couple in Japanese animator Hayao Miyazaki’s magical film Kiki’s Delivery Service, Marge and Homer Simpson — or, of course, Charlie Brown and Lucy. Even the older Disney classics, like the 1937 Snow White and the Seven Dwarves, had much more normally proportioned couples.)

Because humans reproduce sexually, there are obvious differences between males and females, called sexual dimorphism. However, in the grand scheme, as the sociologist Lisa Wade puts it, “men and women are overwhelmingly alike”; our similarities outweigh our differences. Still, we choose whether to highlight the differences that are apparent. And the amount of energy we devote to emphasizing and acting on the different qualities of men and women changes over time and varies across cultures.

Artists have been pairing men’s and women’s bodies for millennia. And even in art that was not intended to be realistic, the sex differences were usually not as dramatic as those seen in modern children’s movies.

Consider these three works of art. The first is Seated Man and Woman, a sculpture from Mexico about 2,000 years old, showing obvious but modest differences in body type. The second is Michelangelo’s famous rendition of Adam and Eve from the ceiling of the Sistine Chapel, completed in 1512, in which Eve’s robust physique is comparable to Adam’s. And the third is the classic American Gothic, by Grant Wood, from 1930.

I wouldn’t argue that differentiating the sexes in animated movies is the most pressing problem we face today. But I do think the choices that artists and producers make — and the popularity of their choices — gives us a window into important cultural dynamics.

In my own area of research, families and gender, many of our modern debates revolve around the different roles that men and women play. Can men warmly nurture children and work as nurses? Can women successfully lead families and companies? The differences between mothers and fathers can create comfortable compatibilities with obvious benefits. But unless we see that men and women have physical, emotional and cognitive qualities in common as well, we will continue to treat single parents — and same-sex couples — as fundamentally deficient instead of evaluating them as complex people with their own strengths and weaknesses.

Having written about this subject frequently in the past few years, I know many people will disagree, arguing that the fundamental differences they perceive between men and women are natural and should be embraced. But what we think of as normal is not simply natural; it’s a product of the interaction between the natural world and our cultural ways. When the beautiful and romantic stories we grow to love in childhood set a standard that exaggerates gender differences and makes them seem natural — built into our very bone structures — it gives us a more limited, and less complex, vision of our human potential. 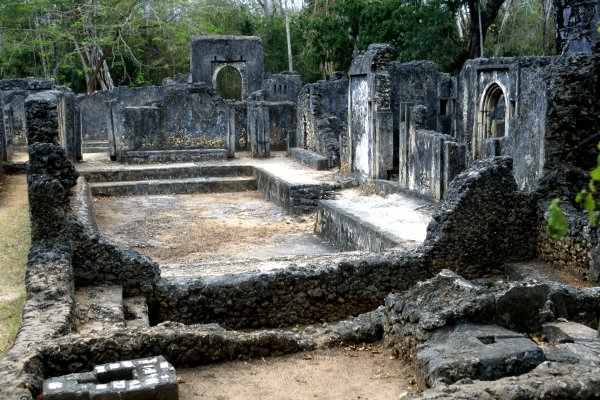 The 9 Most Spectacular Lost Cities in the World
Next Up: Editor's Pick