The Twitter account @KensingtonRoyal was launched on Wednesday, describing itself in its Twitter bio as an account for “Updates, pictures and videos from Kensington Palace, about The Duke and Duchess of Cambridge, Prince Harry and their Royal Foundation.”

The account isn’t the first royal one out there. The account @BritishMonarchy has been around since 2009 and it sends out news and updates from Buckingham Palace on much of the royal family. The account @ClarenceHouse appeared in 2010 and sends out news on Charles, Prince of Wales and Camilla, the Duchess of Cornwall. Those accounts are verified — unlike the new one for Wills, Kate and Harry — and wasted no time in welcoming the young royal account to Twitter.

Unfortunately for rabid fans of the royals, the account won’t likely be run by either of the princes or Kate so don’t expect anything too revealing. Of course, there may be the rare occassion when one of the royals actually types out a tweet themselves. 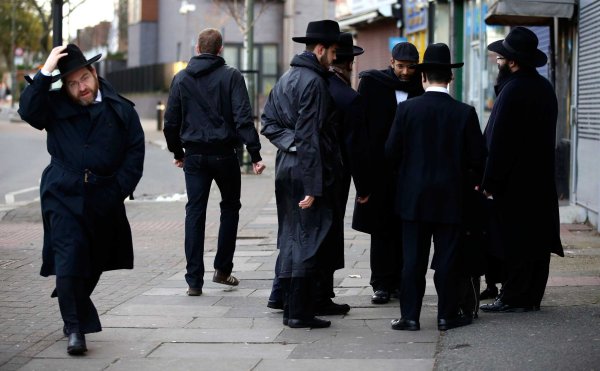 Majority of British Jews Polled Feel They Have No Long-Term Future in Europe
Next Up: Editor's Pick