In many states, hiring a woman to carry and give birth to a child for you is illegal. But democratic New York Senator Brad Hoylman is fighting to change that in his home state. On Wednesday, he and the New York State assembly re-filed a bill called the Child-Parent Security Act to legalize compensated surrogacy in New York, and provide protections that ensure surrogates are entering into legal agreements and there’s no question that the intended parents of the child have full rights.

For him, the issue is personal and political.

New York forbids compensated surrogacy and is the only state where criminal penalties can be imposed on people who enter into a paid surrogacy agreement. That means that couples who want to use a surrogate to have a child that they’re genetically related must travel to a state where the practice is legal in order to do so.

That’s what Hoylman and his husband David Sigal did. Their daughter Silvia, now 4, was born via a surrogate in California, where compensated surrogacy is legal and parental rights are established prior to the birth of the child. “It added a lot of time and expense and uncertainty to having a child as a gay couple,” says Hoylman. “California has codified legal protections for surrogate families, and I would like to see that replicated in New York.”

Twenty-two states allow the practice and four states—New York, Michigan, Nebraska, New Jersey—as well as Washington, D.C., forbid it . The remaining states don’t have any rulings on the matter, meaning it’s technically not illegal but there are no laws to protect people should something go wrong, such as legal arguments over who has parental rights.

“I’ve had reports of surrogate children being born in New York illegally,” says Hoylman. “It’s a bit of a wild west scenario.”

Paid surrogacy, whether in one’s home state or elsewhere, is still costly. Basic fees for a surrogate mother can range from $32,000 to $40,000, with medical bills, legal fees, finding an egg donor and paying for insurance on top of it. For couples who travel out of state for a legal arrangement, there’s the added cost of travel throughout the pregnancy. All told, out-of-state surrogacy arrangements can cost around $100,000 on average.

One of the reasons many states are still wary of paid surrogacy is because of a 1988 ruling in New Jersey over “Baby M.” In a traditional surrogacy scenario, a woman named Mary Beth Whitehead agreed to be the paid surrogate for William and Elizabeth Stern, whom she found in a newspaper advertisement. But after giving birth, Whitehead changed her mind and tried to take the child back. Ultimately, the court gave custody to the Sterns, but Whitehead was given legal visitation rights. After that, paid surrogacy was outlawed in New Jersey, and others followed suit.

But thanks to in vitro fertilization, surrogacy today looks very different than it did a decade ago. Experts now recommend gestational surrogacy, where a surrogate fetus is implanted with an embryo made from donor sperm and egg—as opposed to tradition surrogacy, where the surrogate is inseminated with sperm. In the latter case, the carrier is genetically related to the child. Hoylman’s bill does not endorse that form.

Hoylman’s bill establishes the concept of “intended parentage” so that regardless of how a child was conceived, intended parents get rights. For example, in many cases, if a lesbian couple has a child via a sperm donor, the non-biological mother must adopt the child, something Hoylman says women find “embarrassing.”

For now, Hoylman says he has to prove that compensated surrogacy can work in New York.

“I was in the delivery room with my daughter and not everyone has that vantage point,” says Hoylman. “I am mindful that this is a longer term project.” 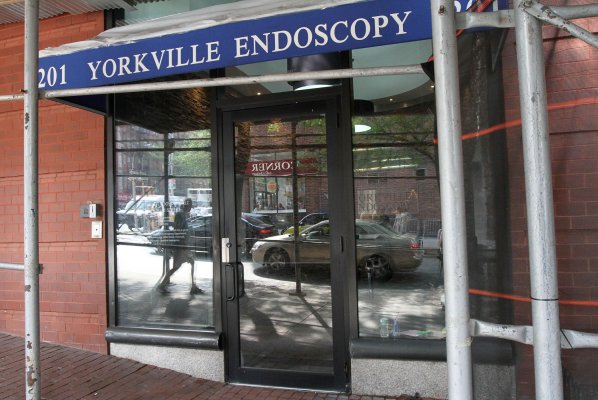