Where to Buy the New Charlie Hebdo

Copies of the upcoming edition of the French satirical magazine 'Charlie Hebdo' are stacked at a distribution centre in Nantes, France, on Jan 13, 2014.
Eddy Lemaistre—EPA
By Sarah Begley and Olivier Laurent

French satirical newspaper Charlie Hebdo will release its first issue Wednesday since last week’s attack left eight journalists dead at its Paris office, but only a few hundred copies of the first printing are set to reach the United States over the next few days.

The issue, which was created entirely by its surviving staffers using workspace and equipment provided by others, is set for an initial printing of 1 million copies, well above its typical 60,000. If demand is high enough, there is an option to print 2 million more. It will be available at newsstands across France but for those outside the country who want to pick one up, it’s a bit trickier.

LMPI, a distributor of foreign magazines and newspapers in the U.S. and Canada, told TIME that Charlie Hebdo has been unavailable in the U.S. since 2010 due to low sales. But it will resume delivery specifically for this week’s issue.

“We’re getting a few copies for the U.S.,” said Martin McEwen, the company’s executive vice president of press distribution. “As part of the magazine’s first run, we will receive 300 copies, and these will be distributed between Friday and Tuesday in New York, San Francisco and some major French magazine retailers across the U.S.”

The North American distributor said it has been in discussions with major retailers. A spokeswoman for Barnes & Noble said the bookseller doesn’t and won’t offer Charlie Hebdo in its newspaper and magazine sections, adding “that’s unlikely to change.”

Several magazine shops in New York City—including Around the World near Times Square and Albertine on the Upper East Side—indicated they had received plenty of phone inquiries from potential buyers, though most aren’t sure how many copies they would receive, if any at all. Bouwerie Iconic Magazine, in the Bowery neighborhood, has asked for 200-300 copies.

Local distributors and magazine shops suggested interested Americans call after Wednesday to check the status of any shipments. A number of copies are popping up for sale on eBay ahead of the release, with prices ranging from $12 to $600.

LMPI has asked for a second shipment of a few thousand additional copies. “But we’re waiting to see how many [the French distributor MLP] is going to make available to us,” McEwen said. “There’s a huge demand for the magazine in France and Europe, and the publisher will be prioritizing these markets.”

In the U.K., Smiths News and Menzies expects to receive and distribute 2,000 copies, and 1,500 will be available in Canada at certain newsstands. In Italy, a distribution deal means Charlie Hebdo will be included as an attachment to the newspaper il Fatto Quotidiano, which will translate it into Italian.

A similar deal in Turkey has been struck with opposition daily Cumhuriyet. “This is a difficult moment for Turkey, where secularism is under attack,” said Gérard Biard, the new editor of Charlie Hebdo, who sees the Turkish edition as “the most important.” (Biard noted that a digital version of Wednesday’s issue will be translated into English, Spanish and Arabic.)

The short answer: finding a copy outside France on Wednesday will be tough. But that may change in the days that follow, especially if there are additional printings.

Read next: New ‘Charlie Hebdo’ Mocks, Commemorates and Sells Out 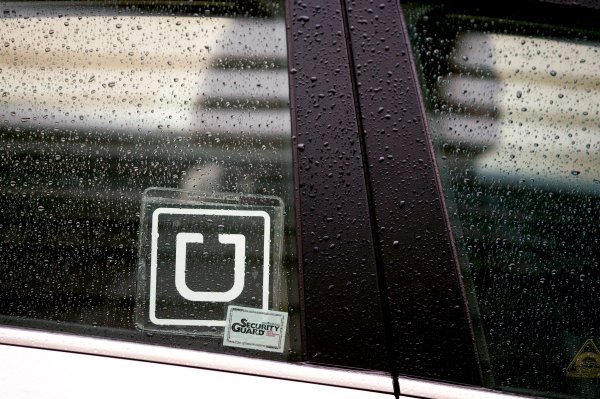 Uber Driver in New Delhi Charged With Rape, Kidnapping
Next Up: Editor's Pick