Editor’s Note: xoJane was lucky enough to have Taylor Negron write for them at the site from time to time. This was the final piece he wrote for xoJane, and they have decided to run it under circumstances they never wanted to — on the occasion of his untimely passing today. Taylor was 57. Like everything he wrote, this piece is funny and reflective, rare and true. Goodbye, Taylor. There has never been another like you and there never will be again. You will be missed so very much.

After 30 years in show business I’ve given up on the idea that people will know my first and last name together, and I’ve accepted that I will never, ever be actually famous.

“Are you the dragon salesman on The Wizards of Waverly Place?”

“Are you Nacho Butt from Angels in the Outfield?”

“Do you work at Red Lobster?”

Or as I get most frequently, strangers simply roll down their car windows, point and shout at me these two magical words: “AREA RUG!”

As much as I love a callback from Punchline, I sometimes get thrown off track when New Yorkers ask me these questions in response to when I ask them a question. Like, “Is this subway express or local?”

They reply with: “Were you on Seinfeld?”

Being polite, I tell them, “Yes, I was on the smelly car episode,” and before you hear, “Stand clear of the closing doors,” I am 105 blocks past my stop.

Strolling on an island with 11 million inhabitants, there are people who do narrow their eyes a little upon seeing my face, then point at me as if to say, “Isn’t that the spaz from Special P.E.?”

I walk on by confident knowing that I am not a “spaz” — I just played one on TV. Why I once played a “psycho spaz” with a fully loaded assault rifle in a Bruce Willis movie.

Most of the time, however, the question is not specific.

It is simply: “Where do I know you from?”

I customize my answer based on age. If you are a woman in your thirties I will most likely smile and respond with assurance: “I was Monica’s boss on Friends.”

If you are a man in your fifties, I clap him on the back and say: “Ah yes, you might know me as Rodney Dangerfield’s son-in-law from Easy Money.”

That’s part of the fun of being That Guy.

Honestly, I never searched out celebrity anyway. All I ever wanted was to be a tortured artist who occasionally wears Max Factor Tan No. #2 foundation.

By the time I was 15, I was a child actor, proudly jaded and war torn, glad to have gotten the promises kicked out of me early. I have worked steadily, starting out as a cartoon model at Hannah Barbara and have the coloring book to prove it.

Being fame-ish is comforting to some. I have come to understand that viewers who knew me when they were young grew up with me. Subsequently when I hear, “Hey, you’re that guy from so and so,” it doesn’t bother my ego, it makes me very proud that I am a shape shifter.

And maybe it was worth going on those four callbacks for That’s So Raven.

Having been raised in the Charles Manson part of Los Angeles with a rock star for a cousin (Chuck Negron from Three Dog Night), I contemplated at an early age that fame was something to be slightly scared of — like doctors or palmetto bugs.

Having brushes with fame but realizing that I will always be That Guy, it’s been easy for me let go of my ego.

Over the years, I have enjoyed my proximity to Hollywood and to celebrity itself knowing fully well that a truly huge career can only happen with an ambitious, determined team of agents, club owners and carefully placed waitresses. I’ve let go of being the guy who gets the girl to help the girl who wants the guy.

These are just a few of the parts I have played over the last 30 years. But today it is different.

Nowadays in Hollywood there is a new austerity that has changed not only the culture but also the engines of the entertainment business itself. Digital camera costs are down and a great many character actors from the 1980s are going to have to accept their future the same way the Titanic accepted the iceberg.

Everything has changed. What people call each other has changed, too.

When I started out at age 15, having the first name “Taylor” was a rarity. Now it’s become the go-to name for every little girl on Planet Earth. I can’t walk into a Whole Foods without hearing a mother scream “Taylor, don’t do that with that olive!”

I enjoy that I am a “Taylor” in the tradition of “Swift” and “Dane.” It supports my tried and true pansexuality. Really, I am just grateful I am on the actor’s food chain at all. Stefon talked about me on “SNL.” The punk band Anthrax wrote a song referring to my role in Rodney Dangerfield’s “Easy Money.” All very fame-ish credits.

Sometimes, my quasi-celebrity makes me vacillate between defensiveness, shame and then pure joy.

In Central Park the man on the bench next to me turns accusingly: “My wife thinks she knows you, it’s making her go insane.” The man at the bar wants to play a guessing game.

I start shouting out roles. I am now auditioning for the man at the bar. Fast Times at Ridgemont High? Pauly Shore is Dead? Fresh Prince of Bel-Air?

The demographic that is most the stunning is the number of fans I have in the homeless population. One friendly guy who lives near me in a cluster of garbage cans always high-fives me because I was in The River’s Edge.

I love that guy. Because we are both That Guys.

But my heyday is coming to an end. Parts for the alternative everyman are increasingly scarce. I have had to let go of my dream of being in a Hobbit movie. This will never happen unless Bilbo Baggins orders a pizza and we all know that when a hobbit orders a pizza in Middle Earth, someone is going down a wet, nasty, dirty hole and as I would say if I were in a buddy cop movie: “I am getting too old for this jazz.”

In truth I am quite content never having to “walk the red carpet” because I get to walk down something even more exotic: the black carpet.

After all these years of movies and TV shows, it is quite consistently the good and warm people of the TSA who treat me as a star.

They know my name at airport security, and as they rotate me in that high-tech security salad spinner those government employees do imitations of me. And as they frisk me for fluids and list my credits out loud it makes me feel worthwhile and wanted, like Norma Desmond at the end of Sunset Blvd.

I look at my alternative everyman predicament this way. By letting go of what you thought was going to happen in your life, you can enjoy what is actually happening.

That is what I do. 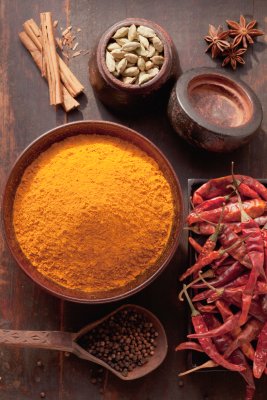 Life, Liberty, and the Pursuit of Persian Food
Next Up: Editor's Pick