Sometimes a dog just really wants to go to the dog park — and if that means taking the bus alone, so be it.

Eclipse, a self-sufficient 2-year-old black lab, has taken to riding public transit to the dog park alone when her owner misses the bus. “We get separated. She gets on the bus without me, and I catch up with her at the dog park,” said Eclipse’s owner Jeff Young, speaking to Seattle’s KOMO News. “It’s not hard to get on. She gets on in front of her house and she gets off at the dog park, three or four stops later.” No word on how she pays the fare with her cute little paws.

Since Lassie, Benji and Milo and Otis have helped pave the way for such precocious canine behavior, neither the dog, the owner, the bus driver, nor the other commuters seem to view the pup’s behavior as anything but adorable. “All the bus drivers know her. She sits here just like a person does,” commuter Tiona Rainwater, told KOMO. “She makes everybody happy. How could you not love this thing?” A spokesman for Seattle’s Metro Transit said the agency loves that a dog appreciates public transit.

While Eclipse is apparently capable of riding the streets of Seattle alone, helpful Seattleites frequently stop the dog on her travels. Young told KOMO that he gets a phone call once a week or so from good Samaritans anxious to help reunite a lost dog with its owner: “I have to tell them, ‘no. She’s fine.’ She knows what she’s doing.” Lassie probably never had to put up with that.
[H/T KOMO News]

Most Popular on TIME
1
Third Wave of COVID-19 in U.S. Is the Worst
2
The Disastrous Swedish Approach to Fighting COVID-19
3
Your Guide to Vote by Mail Deadlines in Every State 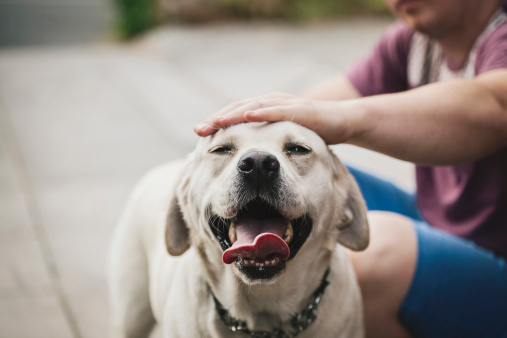 Dogs Came to Americas Thousands of Years after Humans
Next Up: Editor's Pick