When the producers of IFC’s Portlandia went looking for a beer partner for seasons 1 and 2, it’s clear why they chose Oregon’s Rogue Ales. The Fred Armisen-Carrie Brownstein series, which began not-so-gently skewering hipster culture in Portland four years ago, is, shall we say, idiosyncratic. And Rogue, based in Newport, is equally eccentric. So with the launch of Portlandia’s fifth season on Jan. 8, we thought it was only fitting to find out what Rogue has been up to lately. Also, they sent us a bottle of seriously strange vodka, which piqued our interest.

Rogue Ales and sister Rogue Spirits have been collaborating with local purveyors to create one-of-a-kind beverages in an initiative they call “A Collision of Crazies.” In the case of the vodka, they teamed up with Portland’s iconic Voodoo Doughnut, whose pink boxes are a common sight among tourists (and locals) who willingly wait in line for up to 30 minutes to buy some of the planet’s oddest doughnut creations. And when a doughnut company—especially one that sells branded bikini underwear and 3D glasses in its online merch store—is partly responsible for creating a vodka, you can be assured it is not a drink you will have tasted before. The result: Rogue Voodoo Doughnut Bacon Maple Vodka. (See below for a sampling of no-nonsense reviews from some of my colleagues.) Retailing for around $40 a bottle, the vodka is available at retail outlets in 40 states or by contacting Rogue via its website.

This is not the first time Rogue has partnered with Voodoo Doughnut; they’ve also collaborated on a series of popular beers, including Chocolate, Banana & Peanut Butter Ale, a nifty time-saver for those who like to get tipsy while eating dessert.

Another new release from the ale side of the aisle is One Brew Over the Cuckoo’s Nest, in support of the University of Oregon’s Ken Kesey Collection. Kesey, of course, is the Oregon author of One Flew Over the Cuckoo’s Nest who notoriously led the Merry Pranksters in the LSD-fueled Acid Tests of the 1960s—which prompted me to wonder what in the heck Rogue was putting in that beer. Turns out the brew is rich, frothy, toasty, and strong, but I’m pretty sure there is nothing illicit in the ingredients. It’s available online at $13 for a .75-liter bottle.

Other local partners who have had the courage to link arms with Rogue include the Oregon National Guard, the Oregon Zoo, Portland International Airport, and even Keiko, the orca of “Free Willy” fame.

So if you’re looking for refreshments for Portlandia’s fifth season, you might consider raising a glass of bacon maple vodka and offering a toast with the now infamous phrase, “Put a bird on it!”

“Smells sweet and burning. It might be better if it’s chilled. It’s got a creamy after-taste.”

“I have to go to a board meeting tonight. I really shouldn’t be smelling like bacon maple vodka.”

“It reminds me of a maple-rum hot toddy.”

“Hey, it tastes better than it smells!” 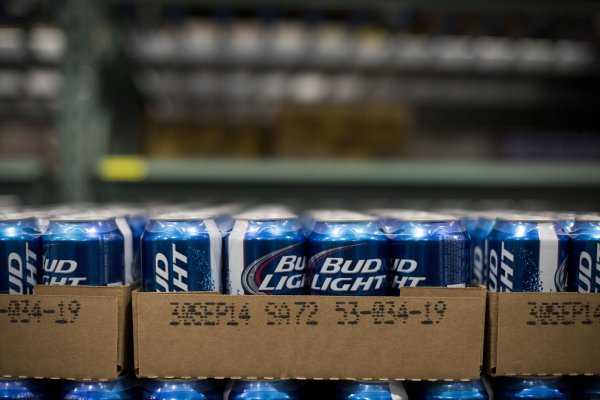 Want a Bud Light Delivery? There's an App For That
Next Up: Editor's Pick