Review: Mark Ronson's Uptown Special Is at the Mercy of His Collaborators

Blessed with the facial structure of a moderately successful model and a Rolodex befitting someone raised among British musical professionals and the cultural elite, Mark Ronson was one of the first musicians to become a solo commercial commodity off the strength of his work as a producer. His taste forged in the crucible of the New York City club scene, Ronson vaulted to fame in the UK after producing much of Amy Winehouse’s landmark second album, 2006’s Back to Black. His own second album, the upscale covers record Version, debuted at #2 on the British album charts one year later, with assists from Winehouse, Lily Allen, and other big names. In the years since that ascent, he’s worked with just about everyone, from Bruno Mars to Adele to Lil Wayne to Paul McCartney. Now, he’s releasing his fourth album Uptown Special in a musical climate that’s a little more amenable to producers stepping out from behind the boards.

Perhaps the best evidence of that climate is the performance of the album’s lead single, the Bruno Mars feature “Uptown Funk”; it surged to the top of the American charts, Ronson’s first single to impact Stateside listeners in any significant way. The song is a great example of what Ronson does so well: he takes familiar, comforting sounds and genres — in this instance, the jumpy and crackling Minneapolis funk of the early ‘80s — and revives them, working with ruthless precision and genuine reverence for the source material. It takes serious craft to keep recreation on the right side of pastiche, and it oozes from “Uptown Funk”: the electric purple texture of the synths, the loose slap of the rhythms, Mars cracking wise like he just spent a weekend watching Morris Day live bootlegs.That craft is evident throughout the remainder of Uptown Special, too, whether Ronson is writing nebulous Steely Dan-esque jazz-funk rips with fellow superproducer Jeff Bhasker or summoning the impressionistic quality of Stevie Wonder’s ‘70s run with the help of the legend himself. In yet another show of Ronson’s eclectic contacts list, venerated author Michael Chabon contributed lyrics throughout the record, and his work infuses Ronson’s compositions with a sort of sordid California ennui.

“Uptown Funk” wouldn’t exist without Ronson, but it’s a hit thanks to Mars, the pint-sized dynamo and world-class frontman; in conversations with casual music listeners, I found many of them had no idea the song wasn’t entirely his. And when a partnership doesn’t quite click — like Ronson’s work with Tame Impala vocalist Kevin Parker, a little too sleepy for this setting — there’s nothing he can do to keep the ship from sinking. It’s a problem that leaves Uptown Special in an uncertain place.

There’s no denying that every inch and detail of the album rings with real skill and intelligence, and yet the success of Ronson’s work is still ultimately at the mercy of his collaborators. His work is immaculate, but reliant on hired help for real vitality. When your signature is polish, it can’t really stand on its own. 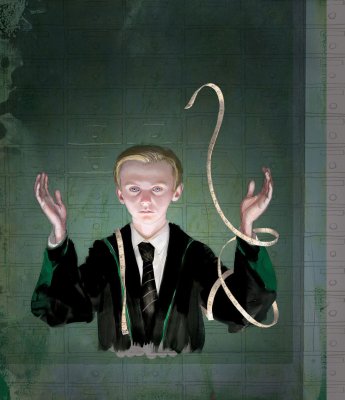 See These Weird New Images of Your Favorite Harry Potter Characters
Next Up: Editor's Pick