“Feminist” was the buzzword in Hollywood in 2014: Emma Watson brought the United Nations to its feet with her speech on gender equality, Beyonce dazzled millions of VMA viewers with her unambiguous statement, Aziz Ansari broke it down for the unconverted on the Late Show with David Letterman. Media outlets kept close tallies on which celebrities embraced and eschewed the label, and headlines like “The 15 Most Feminist Moments of the [insert major event]” populated the media. Ladies like Jennifer Lawrence, Viola Davis, and Reese Witherspoon kicked ass onscreen, while Shonda Rhimes took over our TVs. No one’s claiming Hollywood has achieved gender parity—but by and large, 2014 certainly looked like a giant step forward for the movement.

As is often the case, though, a look beyond the spotlight and behind the scenes tells a startlingly different story—one in which gender equity in the industry is back where it was 17 years ago. In 2014, women comprised a paltry 17 percent of all the people who worked behind the cameras—directors, producers, editors, writers, executive producers and cinematographers—on the top-grossing 250 movies, the same scant percentage as in 1998. The finding is from an annual report called The Celluloid Ceiling, conducted by Dr. Martha M. Lauzen of the Center for the Study of Women in Television and Film at San Diego State University. Other disquieting numbers from her research include the fact that 93 percent of the films had no female directors, 78 percent had no female editors, 79 percent had no female writers, and 96 percent had no female cinematographers.

Of even greater concern is the fact that progress has stagnated. Lauzen says that the oft-echoed, vague idea that things are slowly improving is a fallacy. “There is no evidence to support the notion of ‘creeping incrementalism’ or the idea that things get slightly better each and every year,” she explained to EW. “The percentage of women in key behind-the-scenes roles has been bouncing between 15 percent and 19 percent for 17 years now.”

And it follows that the people behind the cameras determine who they put in front of it—so the under-representation of women offscreen impacts what we see in theaters. “[T]he gender disparity behind-the-scenes is related to onscreen portrayals,” she explains. While there are exceptions, “we tend to create what we know,” she says. A previous study she conducted found that in films directed by women, 42 percent of the characters are female, as opposed to 32 percent of characters in male-directed films. Although female directors like Kathryn Bigelow (Zero Dark Thirty) and Ava DuVernay (Selma) may be few and far between (making up 7% percent of all directors), when they do take the helm, they hire significantly more women to play key roles offscreen, too.

For sizable and sweeping progress, though, the rest of Hollywood needs to get on board. “Women’s under-employment is an industry-wide problem that requires an industry-wide solution,” says Lauzen. “The industry has yet to recognize and act on this reality.” 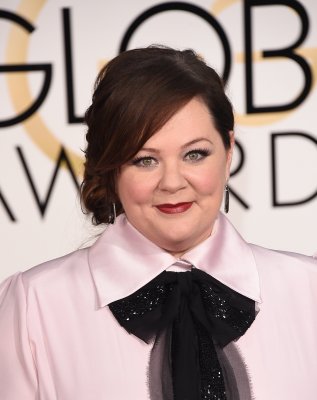 Here's the Trailer for Melissa McCarthy's New Movie Spy
Next Up: Editor's Pick