PESHAWAR, Pakistan — A Pakistani cleric has held funerals for Chérif and Saïd Kouachi, the Islamist terrorist brothers behind the Charlie Hebdo magazine massacre.

“Today we feel so proud to attend the funeral of our brothers,” said cleric Allama Pir Mohammad Chishti after leading the funeral in absentia in the city of Peshawar. “They are heroes of Islam. They laid down their lives but eliminated those published caricatures of our Prophet Muhammad.”

Chérif and Saïd Kouachi killed 12 journalists and police when they attacked the French satirical magazine that had published cartoons of Muhammad on Wednesday. They were slain after an armed siege on Friday.

“We invited all the Muslims to join us as the two brothers had taken stand on our prophet by killing the publisher and cartoonists,” said Abdul Aziz, a spokesman of the school that arranged the ceremony held in a public park…. 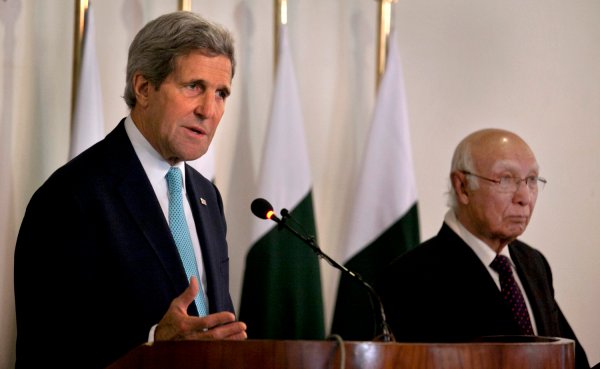