6 Tips for Writing a Persuasive Speech (On Any Topic)

By far, the best way to learn how to write speeches is to read the great ones, from Pericles’ Funeral Oration, to Dr. King’s Mountaintop speech, to Faulkner’s Nobel acceptance address. But if you’re looking for some quick tips, here are a few things to bear in mind next time you’re asked to give a speech:

1. Write like you talk. There is no First Law of Speechwriting, but if there were, it would probably be something like this: a speech is meant to be spoken, not read. That simple (and obvious) fact has a few important (and less obvious) implications. Use short words. Write short sentences. Avoid awkward constructions that might cause a speaker to stumble. Tip: Read the speech aloud as you’re writing. If you do it enough, you’ll start hearing the words when you type them.

2. Tell a story. I once wrote speeches for a governor whose aide told me: speechwriting is about slinging soundbites together. That approach is a recipe for writing neither good speeches nor good soundbites. Whenever we sat down to discuss a speech for the first time, President Obama would ask us: What’s the story we’re trying to tell? Like any good story, a speech has its own narrative arc. For the President, it’s usually a slow warm-up, a substantive middle, and an inspirational end. That’s his style. Tell your story in whatever way feels natural. Tip: A good story can be a lot more powerful than the most compelling facts and statistics.

3. Structure matters. It’s usually harder to figure out the right structure for a speech – the order of the points to make – than the words themselves. The order of those points matters because an argument that’s clear and logical is more likely to be persuasive. There is a reason that some of America’s greatest speechwriters – from Lincoln to JFK’s speechwriter Ted Sorensen to President Obama himself – studied the law, a profession that values the ability to make a logical argument. Tip: Lists (like this one) are one way to impose a structure on a speech.

4. Be concise. It is said that Woodrow Wilson once gave the following reply to a speaking request: “If you’d like me to speak for five minutes, I’ll need a month to prepare. If you’d like me to speak for 20 minutes, I’ll need two weeks. But if you’d like me to speak for an hour, I’m ready right now.” As Wilson knew, it’s harder to be concise than verbose. But the best way to make a point is concisely, as Churchill did when he announced during a wartime address: “The news from France is very bad.” Next time you think you can’t afford to cut that paragraph you love, remember: the Gettysburg Address, perhaps the greatest speech in American history, is fewer than 300 words. Tip: Challenge yourself to cut as many words as possible from each sentence without losing the line’s meaning.

5. Be authentic. If you’ve ever given a speech, you’ve probably been told, “Just speak from the heart.” It’s not very helpful writing advice, but that doesn’t mean it’s wrong. Once, when we were writing President Obama’s 2008 Democratic Convention address, we got stuck on a certain section of the speech. The President advised us: Think about the moment we’re in, think about what the country is going through, and write something that feels true. It was a helpful reminder to stop focusing on polls and soundbites and simply say something we believed in as simply as we could. Tip: Sharing a personal story can help you find your voice and build a connection with the audience.

6. Don’t just speak – say something. When Michelangelo was tasked with painting the Sistine Chapel, he considered it a thankless job. He would have much rather spent his time sculpting than painting. But he used the occasion to paint perhaps the most revered fresco in history. So, the next time you’re asked to speak, don’t just write a speech, write a great one. A speech’s greatness has as much to do with its values as anything else. No one remembers the speeches of segregationists, though there were no doubt eloquent preachers spewing hate in the days of Jim Crow. No one remembers Hitler’s speeches, though few would dispute his oratorical prowess. Of course, Hitler, like the segregationists, lost. But it’s also because hope will always be more compelling than hate. It’s no accident that the best-known, best-loved speech in history – the Sermon on the Mount – is an articulation of humanity’s highest ideals. Tip: Before sitting down to write, get inspired by reading great speeches from collections like William Safire’s “Lend Me Your Ears.”

Adam Frankel is VP, External Affairs at Andela. Previously, he was Special Assistant and Senior Speechwriter to President Barack Obama. 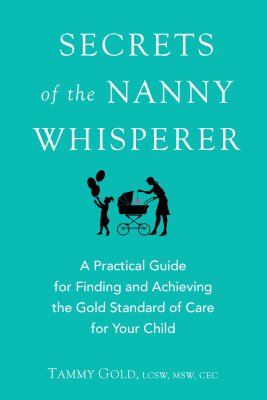 5 Rules for Finding the Best Caretaker for Your Child
Next Up: Editor's Pick