It’s been 10 years since John Green’s first novel Looking for Alaska was published. So to celebrate, Dutton has released a special edition with an introduction and Q&A from Green, along with original content and drafts from his original manuscript.

“The story I wanted to tell… was about young people whose lives are so transformed by an experience that they can only respond by reimagining time itself,” Green writes in the special edition release.

He also introduces fans to Julie Strauss Gabel, his editor, who was his date to the 2014 TIME 100 Gala, where Green was honored by the magazine for his influence on teens and literature in general.

“Books, like most of my favorite things, are collaborations,” he writes, constantly citing the help of Strauss-Gabel, who calls the book the one that changed her life.

The story follows Miles Halter’s experiences at prep school in Alabama, where he falls for an elusive and beautiful girl named Alaska. It’s currently in 4th on the New York Times Young Adult bestseller list, right behind Green’s bestselling The Fault in Our Stars and Gayle Forman’s If I Stay and Where She Went, all published by Strauss-Gabel.

The special edition will please fans who, like Miles, have never forgotten Alaska Young. Letting her go was just as difficult for Green and Strauss-Gabel as it was for readers. In fact, Green wrote one critical scene about 15 or 20 times, only to be told to rewrite it.

“Finding the right way to say goodbye to Alaska Young was a near-impossible task,” Strauss-Gabel writes.

She also includes annotated calendars used during editing to mark crucial dates and plot points. Fans will get an inside look at Green’s creative process, the inspiration behind naming Alaska, a handful of working titles for the book, plus some insight on how he drafted The Fault in Our Stars.

Meanwhile, Looking for Alaska is getting the big screen treatment from Paramount Pictures—with actress and filmmaker Sarah Polley to adapt and direct the film. Fans have plenty to tide them over until its release, as Green’s Paper Towns adaptation hits theaters this June.

The ‘teen whisperer’ celebrated the three-year publishing anniversary for Fault on Sunday.

No word if there will be a similar anniversary edition seven years from now but it goes without saying that nerdfighters everywhere would be pleased. 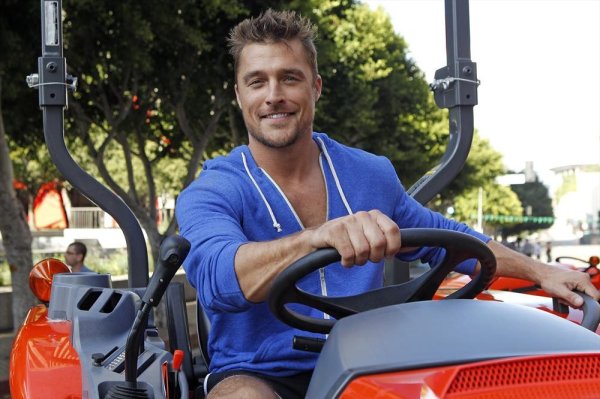 The Bachelor Watch: Tractor of Love
Next Up: Editor's Pick