Real Madrid and Portugal forward Cristiano Ronaldo arrives during the red carpet ceremony ahead of the 2014 FIFA Ballon d'Or award ceremony at the Kongresshaus in Zurich on Jan. 12, 2015
Michael Buholzer—AFP/Getty Images
By Alexandra Sifferlin

Cristiano Ronaldo has won the FIFA Ballon d’Or, an award that goes to the player with the best performance that year, for the second time in a row.

It’s the third time total that the Portuguese player has won the award. “I would like to continue the work that I have done so far. I want to try to improve, to become better as each day goes by. I never thought that I would bring this trophy back home on three occasions. I want to become one of the greatest players of all time,” Ronaldo said in his acceptance speech.

This year, Ronaldo’s team Real Madrid won the Club World Cup, and Ronaldo was given a rather, ahem, attention-grabbing statue in his hometown of Funchal, Madeira Island.

Ronaldo accepting the award in 2014: 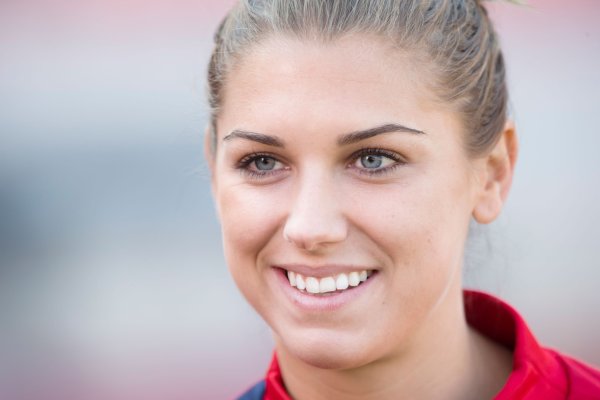