The White House said Monday that it blundered by not sending a higher-profile government official to attend a unity march in Paris on Sunday after last week’s terrorist attacks, following a day of criticism from media figures and Republicans over the Obama Administration’s absence.

French President François Hollande invited world leaders to attend the march on Friday. German Chancellor AngelaMerkel, British Prime Minister David Cameron, Israeli Prime Minister Benjamin Netanyahu, and Palestinian Authority President Mahmoud Abbas were in attendance, but the U.S. was represented only by Ambassador to France Jane Harley. Attorney General Eric Holder was in Paris to attend meetings with his French counterparts, but did not attend the march, which attracted more than one million people.

Earnest would not say whether the White House considered sending President Barack Obama or Vice President Joe Biden to attend the event, but said he is sure they would have wanted to attend.

“Had the circumstances been a little bit different, I think the president himself would have liked to be there,” he said.

“This was not a decision that was made by the President,” Earnest added.

Earnest blamed the short timeframe in which the event came together for keeping American leaders from attending, as well as U.S. security requirements which would have been “onerous” for other attendees.

“We’re talking about a march that came together in about 36 hours, and a march that took place outdoors,” Earnest said, adding that had Obama or Biden attended, “it would have significantly impacted the ability of those in attendance to participate like they did yesterday.”

MORE Ted Cruz: Obama Should Have Gone to Paris

“There were a variety of conversations,” State Department Spokeswoman Marie Harf said of attending the march. Secretary of State John Kerry was in India on Sunday for a long-scheduled meeting with Prime Minister Narendra Modi. “Since this happened, we have shown solidarity with the French in so many ways,” she said, adding that the U.S.-France relationship is not defined by a single event.

“I would like to see how many minutes we spend on Boko Haram compared to a march—I just want to point that out,” Harf added after reporters repeatedly asked about the march at the State Department’s daily briefing monday.

Read next: Charlie Hebdo Afflicted Us With Free Speech Hindsight 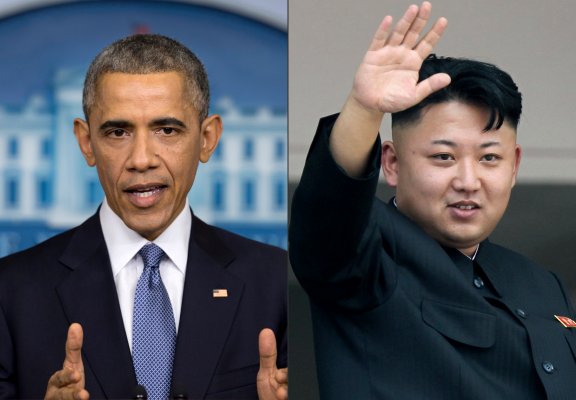 U.S. Fights Back Against Hack
Next Up: Editor's Pick