Miguel Chateloin (L) and Lazaro Gamio (R) use their computers to write code that would allow people living in Cuba to use email to post to blogs during the Hackathon for Cuba event on Febr. 1, 2014 in Miami.
Joe Raedle—Getty Images
By Tim Bajarin

Robotics, self-driving cars, drones, sensors, wearables and so on are just a handful of the technologies that could change our world over the next five years. But Ben Bajarin, partner at Creative Strategies and Tech.pinions co-founder, believes it will be an older innovation that will be the most disruptive over the next half-decade: The Internet.

Speaking on a panel at the 2015 Consumer Electronics Show in Las Vegas, Nevada last week, Bajarin said that more people will come online for the first time over the next five to 10 years than ever before will have disruptive global implications.

Bajarin pointed out, for example, that while the Arab Spring was clearly an important event, it could just be a precursor to more technology-enabled social change if people in repressed countries get more access to information via the Internet. And Internet-connected smartphones could help people conduct commerce and run their businesses, potentially increasing their earning ability.

His comments are based on research we’ve been doing at Creative Strategies as we forecast the longer-range demand for smartphones. More than 2 billion cellphones will be sold in 2015, with about 1.5 billion of them smartphones. However, thanks to lowering prices, nearly all cellphones sold will be smartphones by 2018. At the same time, new wireless infrastructure being built in developing countries is opening the door for an increasing number of people to get online via the mobile Internet. If those people get access to low-cost smartphones, it could have major political, economic and educational ramifications few of us realize is possible.

When smartphones get the next two billion people online, it will be like what the Gutenberg Press and the Bible were to the masses in the Middle Ages. Before the printing press, all knowledge was in the hands of a select few who controlled the flow of information — and so was the power.

Today, it’s hard to believe that kind of information control still exists, but all one has to do to find it is look to North Korea. North Korea’s rulers keep knowledge from the masses, lording their authority over the people. Imagine what might happen if North Koreans got access to a smartphone and, with it, broad access to information.

The breakup of the Soviet Union proves that access to technology can accelerate social change. Back in 1973, I went to Moscow with a group of protesters to demonstrate against the country’s lack of religious freedom. We were arrested and kept completely away from Russians so we couldn’t give them any outside information. More than a decade later, I was in Hanover, Germany, meeting with a clandestine group smuggling fax machines into Russia. Five years after the Soviet Union broke apart, I met former Soviet leader Mikhail Gorbachev, who said those fax machines and other technologies helped bring about the end of the USSR.

Of course, repressive leaders could block Internet access and bar technology from crossing their countries’ borders, as we’ve seen them do time and time again. But even in these regions, technology is often smuggled in. Over time, I expect these borders will become even more data-porous, thanks to tools like Virtual Private Networks (VPNs) that can help users evade government firewalls. As more people in repressive countries get access to data from the outside, their knowledge base will expand. The impact on their lives could be dramatic. 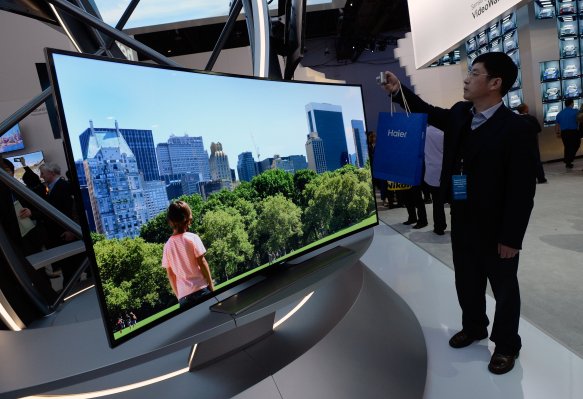 The 7 Hottest Trends at CES
Next Up: Editor's Pick