How To Stop Procrastinating: 4 New Steps Backed By Research

Procrastination plagues us all. We always think there will be more time tomorrow and research shows that’s just not true.

No, you won’t do better work by waiting. In fact, studies show leaving things unfinished makes you stupid.

To be honest with you, dear reader, I should have started writing this hours ago. So how can both of us finally banish procrastination for good? I decided to call a guy who has answers.

Charles Duhigg is a reporter for the New York Times and author of the bestseller The Power of Habit: Why We Do What We Do in Life and Business.

Here’s a quick video of Charles talking about habits:

No more putting things off. Rather than doing this “eventually” let’s do it now.

1) You Don’t Need More Willpower. You Need To Build Habits.

You don’t have a willpower problem. This wouldn’t all be better if you could force yourself to do that dreaded task.

As I talked about when I interviewed the foremost researcher on the subject, willpower is a limited resource.

Relying on it to get things done is a really lousy strategy. As Charles says, you really only have the willpower to muscle yourself to do about three to four things a day.

Yeah, three or four. (So basically I’ve used up all my willpower by the time I get out of bed.) So what’s the answer?

Building better habits. In fact, 40% of the things you do every day are habitual.

So if you can just move those awful, horrible mom-don’t-make-me-go-to-school tasks into the habit territory, you’re far more likely to get them done. Research shows we’re wayyy more productive when we automate tasks by making them habitual.

(For more on how to stop being lazy and get more done, click here.)

So habits are the answer. But how do we use habits to beat putting things off?

2) Turn That Habit Into A “Personal Starting Ritual”

I’ve posted a lot about the research and solutions to procrastination. What’s a common theme we see again and again?

Getting started is where the war is really won. This makes sense intuitively. Often it feels like something is impossible… but then once we get going we find it’s actually not that bad.

Finishing things isn’t as much of a problem as just getting started in the first place. Here’s Charles:

So don’t make this some terrible grind of a habit. Make this a habit that’s a “personal starting ritual.” Get your coffee or whatever energizes you and turn that into a visceral signal that always means I’m getting going.

And here’s the best part: your starting ritual can be fun. As in doing some of the stuff you’d do when procrastinating.

Seriously. A little bit of that forbidden fruit can actually make you more productive. Here’s Charles:

And Charles isn’t the only one saying this. We’re hearing about the power of rituals all over the place.

In my interview with the bestselling author of The 4-Hour Workweek, Tim Ferriss he said a morning ritual was essential. The awesome Dan Pink recommends a starting ritual and a finishing ritual when you work.

Recent research from Harvard professors Michael Norton and Francesca Gino shows that rituals have many positive effects. Francesca explained in my interview with her:

(For more on the rituals that geniuses use to accomplish great things, click here.)

Building habits and turning them into personal rituals can help you get things done and make you perform better. But what type of habits should we build? Are some habits more effective than others? Absolutely.

3) The Most Powerful Habits Change How You See Yourself

So what kind of ritual should it be? Something at work? One that helps you get boring chores done? Which one is going to have a nuclear bomb style affect on how you behave everywhere?

So why are some habits keystone habits and others aren’t? Keystone habits change how you see yourself and that’s what causes the cascade of positive change. Here’s Charles:

So what’s the task that really makes you feel accomplished? What makes you feel like “someone who gets things done”? That’s probably where your keystone habit lies and the first place you should attack.

(To learn the six things the most productive people do every day, click here.)

Keystone habits make the best rituals to create change and that’s the way to stop procrastinating. But what tips do you need to know to really supercharge habit change?

4) The Secret To Good Habits Is Eating Chocolate With Friends.

Okay, I’m oversimplifying. But there are two powerful lessons here.

First, rewards (like chocolate) are utterly essential when trying to build habits. Bad habits are easy to acquire because they usually have very immediate rewards. (Maybe heroin addicts do have a “personal starting ritual” but they probably don’t need one.)

If you add a reward after a good habit you want to build, it’s a powerful reinforcer. So treat yourself to a piece of chocolate after you close the tab on Facebook and get to work. Here’s Charles:

When you muscle things through willpower instead of developing a habit and rewarding yourself, you’re probably teaching yourself not to accomplish things.

So that’s the chocolate part. But what about friends?

A support network shows us that change is possible. In fact, tons of research says that the people around you might be the key to lasting change in life. Here’s Charles:

Mom wanted you to hang out with the smart kids in school because they provided good examples. Mom was right.

But friends also give our ego a kick too. For instance: Jim’s an idiot. You’re way smarter than Jim. But Jim manages to avoid procrastination. Well, if Jim can do it, you definitely can too, right? Now that’s motivating. Here’s Charles:

Okay, Charles has given us a lot of good info. Let’s round it up and also learn why this system may be far more important than merely beating procrastination.

Here are some takeaways from Charles about how to stop procrastinating:

Build one new great habit per month with the above steps and in a year you can be a totally new person.

You can become someone who is way more conscientious and as the research shows, that’s the secret to a longer, more successful life. Here’s Charles:

And don’t beat yourself up if this doesn’t work immediately. Research shows forgiving yourself when you drop the ball is key to overcoming procrastination.

While doing my homework on procrastination I came across this line in a research study:

Looks like even procrastination researchers have a sense of humor about the subject. And you should too.

I’m putting together a PDF that will round up a number of other hardcore strategies for overcoming chronic procrastination. It’ll be in my next weekly email. Sign up to get it here.

6 Things The Most Productive People Do Every Day 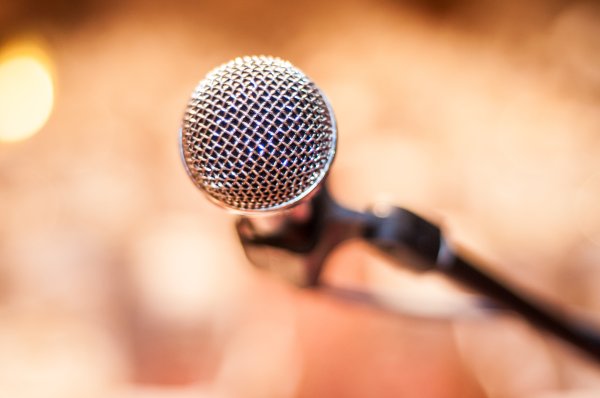 How to Speak With Power
Next Up: Editor's Pick