Channing Tatum and wife Jenna Dewan at the 2015 Golden Globes After Party at The Beverly Hilton Hotel on Jan. 11, 2015 in Beverly Hills, Calif.
Jonathan Leibson—Getty Images
By Alison Schwartz / People

If you’ve seen Magic Mike, you already know why meeting up with Channing Tatum on the dance floor isn’t such a bad idea.

But for wife Jenna Dewan, his moves are just part of the deal.

Hours after proving chivalry isn’t dead after all while walking the red carpet at Sunday’s Golden Globes, Tatum, 34, continued showing the world his gentleman side on the party circuit.

As the couple settled in at The Weinstein Company and Netflix after party, Tatum was still holding onto his wife’s dress train — just as he did with Dewan’s Carolina Herrera gown on the rain-soaked red carpet.

They then headed toward the dance floor — a true throwback to 2006 when they starred in Step Up. The highlight of their adorable dance-off? At one point, Tatum dipped his wife, and the two shared a sweet smooch.

The pair married in July 2009 before adding daughter Everly, 19 months, to their family.

Read next: Here Are the Cutest Celebrity Instagrams From the Golden Globes Photo Booth 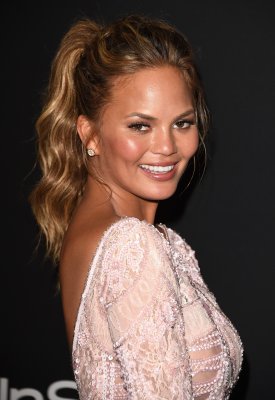 Memes of Chrissy Teigen Crying at the Golden Globes Are Now a Thing
Next Up: Editor's Pick