New recruits bow their heads for a moment of silence during a New York Police Academy graduation ceremony at Madison Square Garden in New York City on Dec. 29, 2014.
John Minchillo—AP
By Josh Sanburn

A new report on chokehold incidents involving NYPD officers has found that the department routinely declined to discipline officers who used the banned maneuver even though it was the first act of physical force used in several instances.

The report, the first since the death of Eric Garner in July—who died after being placed in a chokehold by an NYPD officer—reviewed 10 chokehold cases involving NYPD officers between 2009 and 2014. According to the report issued by the NYPD’s inspector general’s office, the Civilian Complaint Review Board, an independent agency that investigates complaints against officers, recommended discipline that could’ve led to a loss of vacation days or even termination for officers involved in all 10 cases. But Raymond Kelly, who was police commissioner during six of those incidents, imposed a less severe penalty or declined to discipline the officers involved.

“There was no indication from the records reviewed that NYPD seriously contemplated CCRB’s disciplinary recommendations or that CCRB’s input added any value to the disciplinary process,” the report says.

In several cases, the inspector general found that NYPD officers used neck grabs, headlocks or other physical acts involving contact with a suspect’s neck or throat—all prohibited by the department’s guidelines—as a “first act of physical force in response to verbal resistance, as opposed to first attempting to defuse the situation.”

The report stated that the inspector general’s office plans to look at use-of-force cases more broadly to help determine how prevalent chokeholds are across the agency. 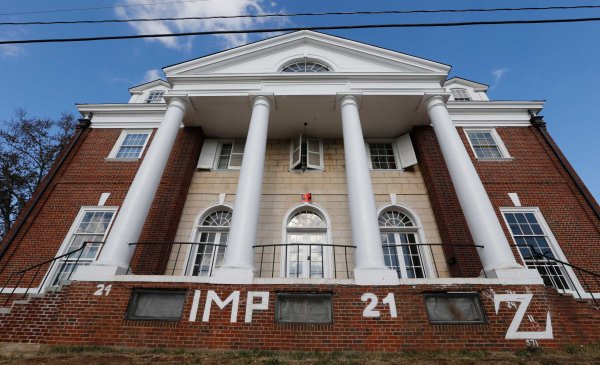 UVA Reinstates Frat at Center of Rape Story
Next Up: Editor's Pick