Here's Why Music Lovers Are Turning to Vinyl and Dropping Digital

A worker listens through headphones and checks the sound quality of 12" inch vinyl records before they are dispatched, after being manufactured by GZ Media a.s. at their plant in Lodenice, Czech Republic, on Nov. 25, 2014.
Martin Divisek—Bloomberg/Getty Images
By Megan Gibson

Music purists and nostalgists alike have reason to rejoice: sales of vinyl records are on the rise.

According to data released last week by Nielsen Soundscan, more than 9.2 million vinyl records were sold in the U.S. last year, marking a 52% increase over the year before. The Wall Street Journal also reports that the vinyl sales are the highest numbers recorded by SoundScan since the music industry monitor started tracking them back in 1991. Meanwhile, data from the British Phonographic Industry revealed that for the first time in nearly 20 years, more than one million vinyl records were sold in the U.K. in 2014. (The last time the milestone had been achieved in Britain was in 1996.)

Even more startlingly are the figures on digital sales. While Nielsen revealed that streaming was also up, purchases of digital downloads dropped 9% for albums and 12% for songs in 2014.

Some are rejoicing at the new figures and anticipating a new trend. German-based company Optimal recently told the Guardian that they’re expecting to press 18 million records in 2015, while a new vinyl pressing plant called Canada Boy Vinyl (CBV) is scheduled to open in Calgary, AB, later this year.

But what’s behind this resurgence of vinyl? And why does the digital download industry seem to be floundering?

According to music industry experts in vinyl and digital, the answer is two-fold. Vinyl remains popular because the high-quality sound it delivers. While everyone from DJs to your grandfather has been saying for years that the sound on vinyl is richer, warmer and clearer than what’s being released online, it might not just be music snobbery talking. Most industry experts agree with them to an extent.

Jon Lloyd, a music genre specialist at Juno Records, an international online shop that sells both vinyl and digital music, tells TIME that in many ways digital music has been its own worst advertisement over the last decade. “You can set up a digital music label for a [relatively] very low cost meaning the market is flooded with record labels that aren’t particularly high on quality control,” he explains. That glut of low-quality, sloppily produced music has likely put off many music listeners who have turned away from downloading music online. Contrast that “throwaway culture of music,” as Lloyd describes it, to the labels that are putting out vinyl — which is expensive to produce — and sinking money into the product. “If there’s a serious investment, you have to have serious quality control because you have to know your vinyl is going to sell,” says Lloyd.

Simon Cole, the CEO of 7digital, a U.K.-based platform for creating digital music and radio services, agrees that digital music has had a quality problem in the past, which he says are reflected in sales figures. But “let’s be clear about what is in decline. What is in decline is the download of low-quality MP3 files,” he says. “I don’t think many of us will regret its passing.”

Cole also believes that along with the decline of low-quality downloads, digital music is now starting — or perhaps being forced — to become a lot more sophisticated. He says that future of music will be “higher-quality [music] files” and people are starting to look for in digital music what they once looked for in analogue: sound quality.

Yet sound isn’t the only part of vinyl’s renewed appeal. Many agree that the tangible aspect of vinyl, its physicality, is a draw for most people. “There’s a physical thing about putting a record on a record table and dropping the needle,” Cole says. “I think that physical thing is great. I think there is a new generation that is discovering the physicality of playing a piece of music like that.”

Lloyd confirms that the physically owning a record offers a connection in a way that a digital file doesn’t, comparing the digital/physical divide in music to that in the book world. “People will buy a Kindle for convenience, but people will still want to have a bookshelf [on their home],” he points out. (Interestingly, U.K. book chains have recently reported an increase in sales of paper books and a decline in e-Readers such as the Kindle or the Nook.)

Part of that appeal could come down to good old fashioned consumerism — we allow our possessions to define us. Nik Pollinger, a digital anthropologist who advises companies on the factors that motivate consumer behavior, told TIME in an email, “What we display in public is used to send social signals about our identities. Making our taste in music visible has historically played an important role in such signalling for many people.” Owning a vinyl collection, of course, “restores this ability.”

Yet while the boost to vinyl sales has been welcomed by many, there are potential problems if the market continues to grow. Josh Lachkovic, the co-founder of Wax & Stamp, a vinyl subscription club launching this year in Europe, tells TIME that if vinyl sales continue to increase, the demand on the few pressing plants out there — not to mention on those plants’ aging presses — might surpass supply.

But while vinyl sales are seeing something of a renaissance, it’s still too soon to worry about excess demand. Yes, vinyl sales are surging, but their sales still only made up six percent of album sales last year. Even so, for the beleaguered music industry, it’s nice to see a bright spot — and important to understand what’s inspiring it. 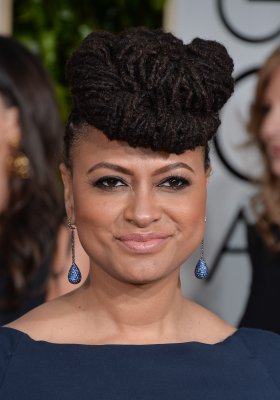 Female Directors Still Scarce as Ever in Hollywood
Next Up: Editor's Pick