If Critics Chose the Oscars: 2015 Edition

The Hollywood Foreign Press Association, sponsor of Sunday’s Golden Globe show on NBC, isn’t the only bunch of movie people to pick the year’s finest films and filmmakers. Real critics do, too. Beginning Dec. 1, when the New York Film Critics Circle jumped in, and continuing well into January (Denver and Houston are still to be heard from), groups of local, regional and national reviewers have announced their prizes for the movie year 2014.

Critics are not Vegas handicappers; they mean their selections simply as an aggregate of their annual opinions on movies, not as predictors of the Oscars. Yet each year, the consensus of their favorites is a close forecaster of the Academy Awards. The overwhelming votes this year for Boyhood, The LEGO Movie, Richard Linklater, J.K. Simmons and Patricia Arquette, for example, strongly suggest the Oscar winners for Picture, Animated Feature, Director, Supporting Actor and Supporting Actress.

So, for the sixth consecutive year, TIME has tabulated the votes of awards-giving movie societies — 34 this time, listed at the bottom*. Canvassing Kristopher Tapley’s In Contention awards blog, I assign one point to the winner in each category from each group; ties get a half-point. No points for runners-up or for subsidiary actor categories such as Breakout, Ensemble or Youth in Film.

We won’t know whether the Academy agrees with the critics until Oscar night, Feb. 22. For now, check out all the winners and contenders in 10 categories, plus my speculation on how the members of the Academy might vote.

Keaton, the critics’ consensus fave, should get a lot of love from the Academy for his gutsy performance as a worn-out actor at career crisis. Gyllenhaal finished strong as a creepy cameraman and is assured an Oscar nomination. In the battle of actors playing real-life Cambridge math geniuses with disabilities, Redmayne’s Stephen Hawking is a flashier and, oddly, cuddlier turn than Benedict Cumberbatch’s Alan Turing in The Imitation Game. The Screen Actors Guild, which has many members among Academy voters, nominated Cumberbatch, Gyllenhaal, Keaton, Redmayne and, for Foxcatcher, Steve Carell. Fingers crossed that fifth place goes to Fiennes’ grandly mannered performance in the most substantial box-office hit on this list.

The Oscar shortlist should be Moore (a four-time nominee), Witherspoon (winner for Walk the Line in 2006) and the English back-bencher Pike, promoted to Cabinet status as Amy the Gone Girl, plus Felicity Jones as Hawking’s wife Jane in The Theory of Everything and maybe Jennifer Aniston in Cake; those are also the five SAG finalists. Cotillard, a 2008 Oscar winner for playing Edith Piaf in La vie en rose, has little chance of getting the Oscar benediction for either of her 2014 roles. Plaudits to the Central Ohio and North Carolina critics for fêting Davis as the beset mom in The Babadook. The L.A. critics named Arquette in this category, which you can slide into Supporting Actress to pad Arquette’s enormous lead.

The Oscar is already Arquette’s. She has a signature role in a movie the Academy will want to honor several times, and her competition is slim-to-none. Chastain has a shot at an Academy nomination for a late-screening film, though she didn’t make the SAG shortlist. The final five there: Arquette, Knightley, Stone, Meryl Streep in Into the Woods and Naomi Watts in St. Vincent.

The lopsided lead for career utilityman Simmons accurately reflects his status as prohibitive favorite in this year’s Oscars. If he had any serious competition, and he doesn’t, it would be Norton, who does the gaudiest, most enjoyable work in Birdman. SAG filled out its card with Ruffalo, Robert Duvall in The Judge (arguably a leading performance) and Ethan Hawke as the dad in Boyhood.

The first five titles here could be the Academy quintet of nominees — unless the members blame the Paul Webb script for Selma‘s treatment of Lyndon Johnson as the challenger, not the champion, of Martin Luther King Jr. in the push for voting rights. The Writers Guild of America, whose stringent rules excluded both Selma and Birdman (a sure Oscar screenplay nominee) from eligibility, chose these five finalists: Boyhood, Foxcatcher, The Grand Budapest Hotel, Nightcrawler and Whiplash.

Not much competition for Gillian Flynn, who wrote the Gone Girl novel and screenplay. The WGA nominees were American Sniper, Gone Girl, Guardians of the Galaxy, The Imitation Game and Wild. The script for The Theory of Everything, which the WGA deemed ineligible, is a likely Oscar finalist. And if you’re wondering why Whiplash got an Original Screenplay nomination from the WGA and an Adapted award from the Indiana critics group, it’s because director Damien Chazelle made a short version of his movie to raise money for the feature.

It’s a battle between two dominant personalities: one in the world of film (critic Roger Ebert for Life Itself), the other in the whole world (whistleblower Edward Snowden for CITIZENFOUR). Both films made the preliminary round of 15 features chosen by the Academy, which also includes The Overnighters and Keep On Keepin’ On.

Again, the critics’ majority favorite will snag an Academy Award. With a $257-million score at the domestic box office (fourth best for 2014), The LEGO Movie is also the year’s only blockbuster likely to win an Oscar.

Linklater, shooting his movie over 12 consecutive summers, and Iñárritu, pretzeling his cast and crew into executing labyrinthine shots lasting 10 mins. or more, would get Oscar-nominated just for pulling off impossible stunts. But what about the other three? I’d say Eastwood stands the best chance of earning a place in the Academy’s fave five — and that, in several categories, American Sniper will register more impressively with the Academy than it did with the reviewers. James Marsh (The Theory of Everything) and Morten Tyldum (The Imitation Game) might fight for a slot or each get one. But Linklater, as his overwhelming victory with the critics’ groups indicates, will be the one giving a speech on Oscar night.

With wins in fully half of the critics’ groups, Boyhood is also the leader in the Oscars’ Best Picture race. Birdman, Gone Girl, The Grand Budapest Hotel, Nightcrawler and Selma, plus American Sniper, The Imitation Game and The Theory of Everything, could fill eight other slots in this bounteous Academy category. The Producers Guild of America, another industry group that overlaps significantly in Academy membership, chose eight of those nine — minus Selma, and adding Foxcatcher and Whiplash — as its 10 nominees. SAG, which choses five films to compete for its Outstanding Performance by a Cast award, boiled the list down to Birdman, Boyhood, The Grand Budapest Hotel, The Imitation Game and The Theory of Everything. Again, Selma was excluded; it’s said that Paramount didn’t get screeners of this Christmas Day release to the guilds on time. So don’t expect the critics’ year-end favorite to provide an insurmountable obstacle to Linklater’s patient story of the boy who grew up. 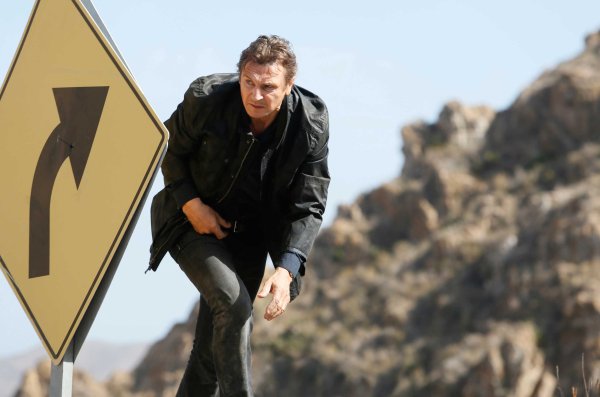