Every year the Golden Globes has a breakout star. This year it’s Allison Tolman who has nabbed her first Best Actress in a Drama Series nomination for her work on FX’s TV reincarnation of Fargo. Tolman was living in Chicago, where she moved to work with famed improv group Second City, when she was chosen to play opposite Martin Freeman and Billy Bob Thornton in the drama.

Since, she’s done stints on comedy shows like The Mindy Project, an upcoming Fargo crossover episode on Archer and Comedy Central’s Review. (If Fargo fans have any doubts about Tolman’s comedic chops, check out her IMDb page bio.) Tolman talked to TIME about her first Awards Season, how Fargo changed the anti-hero trend and why we need more feminists writing and directing television.

TIME: Are you excited for your first Golden Globes?

Allison Tolman: I’m thrilled. Because I already did the Emmys and this is my second jaunt down the proverbial red carpet, I feel much more relaxed and more at ease with the whole process.

Are you prepared for the inevitable Fargo jokes that Tina Fey and Amy Poehler will do?

Before you did Fargo, you were relatively unknown at least on television. Was there a certain point when you either got a ton of Twitter followers or people started recognizing you on the street when you were like, “Okay, I’m kind of famous now”?

I started getting Twitter followers after I started doing press for Fargo. One of my best friends from college is a librarian, and she started tracking after each interview how many Twitter followers I got. She and her librarian friends were like, “We’re going to make a graph.” And I was like, “Alright, nerds.” But apparently somewhere there is a graph showing when my popularity increased and why.

I did—to my own detriment in some cases. It was so new and so exciting that I wanted to know what everyone was saying. I read the Fargo hashtag and what people Tweeted at me and every article and every comment on every article. I really just ate it up. But I wasn’t prepared for hearing what everybody thought of me. [Laughs]

I feel like 60% of people become a**holes as soon as they get behind a keyboard. So I had to learn not to read the comments because I’d inevitably come across something nasty somebody said about me, and it’s difficult not to let that be hurtful. So by the end of the show, I wasn’t reading as much as at the beginning because I got burned a few times.

Journalists always tell each other: “Don’t read the comments.” But it’s so hard not to. And sometimes the mean ones are just so nonsensical, you’re like, “Why did you even take the time to say this ridiculous thing about me?”

But then the problem is I want to say something back. I’m like, “You make it so easy. I’m so much smarter and funnier than you are, troll.” But that doesn’t end up making you feel better. So that’s my problem, I read these things and could fall into a hole where I sass back every a**hole that I come across, but it would take up all my time and I’d rather be making television and movies.

TIME’s TV critic, James Poniewozik, wrote this great piece earlier this year on how Fargo, and your character Molly especially, broke this trend of anti-heroes on cable dramas. [See: Breaking Bad, True Detective and Mad Men] Fargo proved good guys don’t have to be boring. What do you think made Molly so likable?

I think what makes her so likable is not only that she’s not an anti-hero but she’s also not good as a foil to anyone else. She’s good just because she’s simply a good person. She’s just doing her own thing. She’s not avenging a past lover. There’s no dark, dark history. And I think people found that really relatable.

I also think having me in that role as someone who doesn’t look like most other actresses and other ingenues helped. Our TV and movie cops are usually in heels and pencil skirts. It’s not a super realistic view, especially for a small town in Minnesota. So I think that people enjoyed seeing someone where they could be like, “Oh I know that woman. That’s my big sister or someone I went to college with or a friend of mine.” I think that people found that comforting. I certainly know that I would if I were watching that.

I do find that when I see women who flesh out the television or film world and make that it look more like the world I actually live in, I gravitate towards those characters.

Is there any other TV show that you think has that more relatable version of a woman?

I think The Mindy Project does a really good job showing a more diverse world where women are different shapes and different colors, and that looks more like a world I understand. I hate to always bring it back to weight, but that’s an issue that’s near and dear to me because that’s an issue I get picked on for all the time now that I’m on television. Any time I see an actress that’s over a certain size that we’re used to seeing on television, I think, wow not only is that really fantastic but unfortunately that means that somebody made a really brave choice by casting that woman in that role. I wish we didn’t live in a world where that was such a great thing.

And these women on these television shows that are bigger than other actresses are like a size 8. [Laughs] It’s so absurd. But I appreciate it because I think that’s what we should be showing not just to our young women but also to our young men. Unfortunately how we shape our worldview is what we see in pop culture, so we need to be presenting a little more realistic view of how the world works so people don’t have such a hard go of it when they get into the real world.

How does that change? Besides someone like Mindy Kaling getting her own show, what has to change in the industry for what we see on screen to look more like what we see outside?

I think more women, or at least more feminists both male and female, working in positions where they’re writing or producing or show-running would be helpful—people actively looking for these things. I think the only way to actually change the overall way we perceive things is to flood the market with as many diverse men and women as we possibly can. Then down the line you won’t be purposely saying, “Let’s make a brave choice here and cast a ‘real woman.’” You won’t be thinking, “Let’s cast a Hispanic actor for this role,” you’ll just be thinking, “That guy was great.”

It doesn’t seem like it would be hard for me as a viewer to swallow a more realistic-looking show. But it’s an industry where there’s so much money on the line that you need to make the safe choices and be like, “Let’s go ahead and make that family white. I’m not going to ruffle any feathers that way.” But we shape the world with the images we’re showing people. That’s a lot of responsibility.

[Spoiler for Fargo ahead]

In that vein, I was really excited to see a powerful and relatable female character on TV with Molly. But were you bummed that she didn’t get to shoot Malvo in the end?

By the end, I realized that me wanting to have a shoot-em-up fight with Billy [Bob Thornton] was my ego as an actress, and I couldn’t pass that off as concern for my character because my character would not care at all. She would just want the job to be done, and it was. Ultimately everything ended the way that it should have.

Since Fargo, you’ve had stints on The Mindy Project and now Archer. I read that you connected with Mindy Kaling on Twitter for the first role and kind of befriended the Archer creators over drinks for the second. You seem to have mastered the art of getting onto the funniest shows on TV.

I know! I’ve had really awesome luck conjuring these things into existence. It’s kind of amazing. I’ve also got a stint on Review. You’ve got to watch Andrew Daly on Review. It’s like a sleeper hit. It’s about this food and theater critic who gets tired of critiquing what he’s critiquing and decides he wants to critique life events instead. Each episode, he does, “This is my review of going to prison.” It is so good and so weird. I feel like by this time next year everyone’s going to know about it.

But yeah, I’m getting to work with some of the funniest people on television. I’m so lucky.

Speaking of which, they just announced Nick Offerman is going to be on season 2 of Fargo.

I know! I’m so bummed I missed out on working with him by one season. There was actually discussion of him possibly doing a movie I am doing. So I was like, “I might get to work with Nick!” But instead he’s doing the second season of my show, which is a great trade off. I haven’t read a script, I don’t even know who they’re playing, but the ensemble is great. I can’t wait.

What would your advice be to the people who are going to start filming season 2?

My advice would be that they should pack long underwear so they can get out and see the city while they’re there. Calgary is awesome and has fantastic restaurants and it would be a shame if they spent the whole time in the hotel bar just because it’s cold. 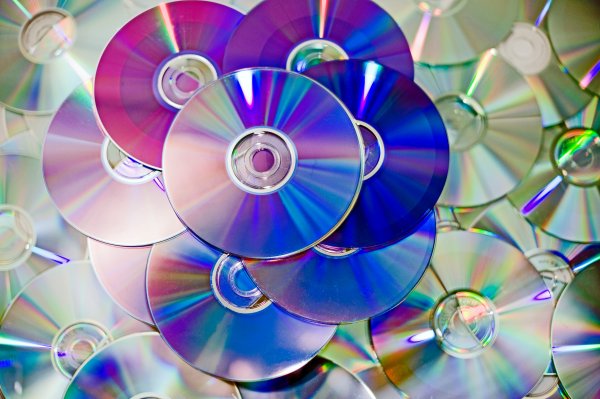 Universal Sues Over Prison Mixtapes
Next Up: Editor's Pick