#blacklivesmatter Is the American Dialect Society's 2014 Word of the Year

The members of the American Dialect Society invented the word of the year. These academics and linguists have been choosing one since 1990, which means Jan. 9 marked their 25th exercise of this ritual. While outfits like Oxford may get more attention for their annual picks these days (though they’ve been selecting since just 2004), the stalwarts of the Society like to claim that they were the first to choose a “WOTY” and they’re still the last, because they wait until the year is actually over to make their decision.

Among 2014 selections, this last pick proved to be the most creative, and the most intentional. After Oxford chose vape, Dictionary.com chose exposure and Merriam-Webster selected culture, 196 of those gathered at the Society’s annual meeting in Portland, Ore., raised their hands for #blacklivesmatter. The next most popular nominee got 11 votes.

“By traditional standards, a hashtag that combines three words would not be considered a word,” Ben Zimmer, the chair of the New Words Committee who presided over the meeting, told TIME. “But clearly the membership feels that it’s a time to recognize that hashtags are an innovative linguistic form that deserve our attention.”

Yet that’s not what drove the voters. The room where the vote was held was standing room only, with graduate students piled 10 rows deep at the back. People sat on air-conditioning vents and on the floor. And for each round of voting, anyone present was invited to say a brief piece in support or against a nominee.

Indiana State University’s Leslie Barratt was the one who nominated #blacklivesmatter. “It’s one of the most important issues in our country this year, and every year,” she said.

Another speaker said that this was the one time of year when the average media consumer might pay any attention to what a room full of phoneme-loving linguists cared about. She, too, backed the hashtag for its sentiment, saying, “Here’s our moment to say what we want to say to the world outside of this meeting.”

Though she didn’t make the official nomination, Sonja Lanehart, a linguistics professor at the University of Texas—San Antonio, was really behind the charge. She has been coming to the Society’s meetings since she was an undergraduate.

“It was mostly old white men. I was an anomaly,” says Lanehart, who is black. “To go from being an anomaly to saying this is important and we need to vote for it, and people stood up and did it …” She trailed off. People congratulated her (“You represent”) and thanked her (“I wish I had said something”) as they walked out of the room.

“It’s important to realize that black lives do matter,” Lanehart told TIME. “We’ve been here. We’re going to still be here. You can’t just treat us like we don’t matter.”

The vote for the Word of the Year fell at the end of the meeting, after less prestigious categories such as “Most Useful” and “Least Likely to Succeed.” No other nominee for any category had the kind of support that #blacklivesmatter did.

In fact, a highlight of the meeting was a rumble between the under-30 and over-3o crowds over whether budtender or basic was “Most Likely to Succeed.” Both had been re-nominated after losing in other categories. (For reasons unexplained, the older crowd was very pro-budtender.) But their raucous split—which involved chants of “BAS-IC! BAS-IC!”— paved the way for an insurgent third part to win the category: salty, meaning “exceptionally bitter, angry or upset.”

For every vote, there were arguments about the nominees. Were they really new in 2014? (Eligible words are required to be “new-ish” or have taken on new meaning that year, like occupy did in 2011.) Were they clever or ridiculous? Was the hashtag #notallmen really a rally cry to eradicate tall men, as one very tall man suggested?

Perhaps the second-most-agreed-upon sentiment was that the word platisher is terrible. One of the moderators cheekily, silently typed messages on a screen at the front of the room as the nominees were discussed. “UGLIEST WORD OF 2014,” he wrote by platisher, a blend of publisher and platform. “PEOPLE VOMITED. THE STREETS WERE SLICK.”

After the final vote, the claps were loud. Here are the nominees and winners from all of the categories.

budtender: a person who specializes in serving marijuana to consumers, especially in legal dispensaries
Ebola: deadly virus that, in 2014, had a huge outbreak in West Africa that killed thousands
**even: v. to deal with or reconcile difficult situations or emotions (from “I can’t even”)
robocar: a self-driving car
unbothered: not annoyed or distracted

**columbusing: cultural appropriation, especially the act of a white person claiming to discover things already known to minority cultures
manspreading: of a man, to sit with one’s legs wide on public transit in a way that blocks other seats
misogynoir: misogyny directed toward black women
narcissistick (or narcisstick): pejorative term for a selfie stick

bye, Felicia: a dismissive farewell to someone deemed unimportant
conscious uncoupling: a divorce or romantic separation by polite mutual agreement
**EIT: abbreviation for the already euphemistic “enhanced interrogation technique”
thirsty: so hungry for a romantic partner as to appear desperate

MOST LIKELY TO SUCCEED

basic: plain, socially awkward, unattractive, uninteresting, ignorant, pathetic, uncool, etc.
budtender: a person who specializes in serving marijuana to consumers, especially in legal dispensaries
casual: a new or inexperienced person, especially a gamer (also in filthy casual)
plastiglomerate: type of stone made of melted plastic, beach sediment, and organic debris
**salty: exceptionally bitter, angry, or upset
selfie stick: a pole to which a smartphone is attached to take selfies from a distance

**#blacklivesmatter: protest over blacks killed at the hands of police (esp. Michael Brown in Ferguson, Mo., Eric Garner in Staten Island)
#icantbreathe: final words of Eric Garner, turned into rallying cry against police violence
#notallmen: response by men to discussions of sexual abuse, sexism, or misogyny that they see as portraying all men as perpetrators (countered by #yesallwomen, used by women sharing stories of bias, harrassment, or abuse)
#whyistayed: explanation by women about staying in abusive domestic relationships

WORD OF THE YEAR

bae: a romantic partner
**#blacklivesmatter: protest over blacks killed at the hands of police (esp. Michael Brown in Ferguson, Mo., Eric Garner in Staten Island)
columbusing: cultural appropriation, especially the act of a white person claiming to discover things already known to minority cultures
even: v. to deal with or reconcile difficult situations or emotions (from “I can’t even”)
manspreading: of a man, to sit with one’s legs wide on public transit in a way that blocks other seats 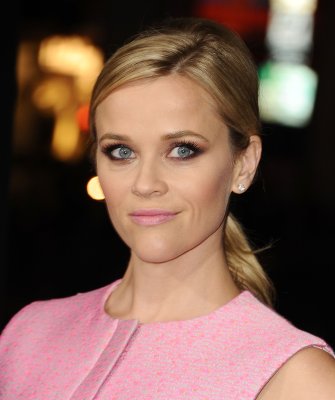 What Reese Witherspoon Would Tell Her 20-Something Self
Next Up: Editor's Pick