Safir: The War on Police Hurts the War on Terror

A police officer walks through Times Square in New York on Jan. 8, 2015.
Seth Wenig—AP
Ideas
By Howard Safir
Howard Safir is the former commissioner of the New York City Police Department (1996-2000) and Chairman and CEO of Vigilant Resources International (VRI).

The tragic events in Paris raise the question, could it happen here? That is the wrong question. It has happened here. The difference is in most cases we stopped it. The “we” are the hundreds of thousands of state and local police officers across the country who are the country’s eyes and ears in recognizing and preventing terrorist attacks. The FBI is an effective investigative organization, but they are not the ones on the streets of this nation. It is police departments, both large city and small town, that will stop a terrorist attempt to blow up a car in Times Square, or take over a school in our heartland. They will also be the first responders. If they are not operating at 100%, we are certainly at risk. If they feel unappreciated and under siege, as I know they do, they will not be effective. They will do the minimum necessary to get through their tours and safely home to their families. They are acutely aware of the dangers that face them. In the last month in New York they buried two of their heroes, officers Ramos and Liu, and watched in horror as the Paris terrorists executed a fellow policeman in broad daylight.

Since the deaths of Michael Brown in Ferguson and Eric Garner in Staten Island, the media, politicians, and activists like Al Sharpton have broad brushed our nations’ police as being racist and brutal. I know that this has had a devastating effect on police morale. One only needs to look at the recent arrest statistics in New York City, which have dropped by more than 50%. Cops are not getting out of their cars, and they are only responding to the most dangerous of crimes committed in their presence. They are not going the extra mile as they normally do to scrutinize everything around them. In police work, we call this situational awareness. When police don’t have it we are all in danger.

On July 30, 1997, when I was Police Commissioner, a man flagged down a Long Island Railroad police officer. In very broken English he told the officers that he was living with two men who planned to blow up the New York City subway the next morning. The Long Island Railroad police officer called the NYPD, and the local precinct got an interpreter and learned that the plot was real and imminent. The city-wide commander was called and made an on the spot decision to have New York’s Emergency Service Unit break down the door and arrest the terrorists. At that point they tried to explode their bombs but were apprehended before they could get to the switch.

I give the example above, because it was an example of the NYPD not crossing every “t” and dotting every “i.” They did what they had to do to prevent the possible deaths of hundreds of people. If the same circumstances presented themselves today, I would like to think they would do the same. However that kind of “above and beyond,” has to be felt by every officer. I worry that if the rank and file feel set upon and unappreciated they may not respond as effectively.

Over the past 20 years, the NYPD and other departments in this country have reduced crime to to historic low levels. Many major crimes have been solved and many terrorist incidents have been prevented by gaining intelligence from those arrested for quality of life offenses and misdemeanors as a result of “stop, question and frisk” and other Broken Windows tactics.

I worry that as these programs come under attack and are abandoned by politicians, how much will this weaken our ability to detect terrorist plots?

There are things that Mayors, Governors, and even Presidents can do: Be a leader of your law enforcement agencies. Do not broad brush them and rush to judgment because the loudest voices demonstrate. Protect the First Amendment rights of protestors, but also deal with them firmly and quickly when they interfere with the majority of citizens who actually support the police. If you need to do photo ops, do it with a police officer who just saved someone’s life. Mr. President, once again I ask you to declare a national day of appreciation for law enforcement. Let them know that you stand with them, we need to know you do.

The war on terror is a never-ending one. I believe it will be with us for generations to come. Our first line of defense in the homeland is made up of our men and women in blue. Last year, 115 police officers made the ultimate sacrifice. There will be others this year as there are every year. Let’s ensure that they get the respect, support, and appreciation they deserve—so that our front line troops in the war on terrorism are at their best. 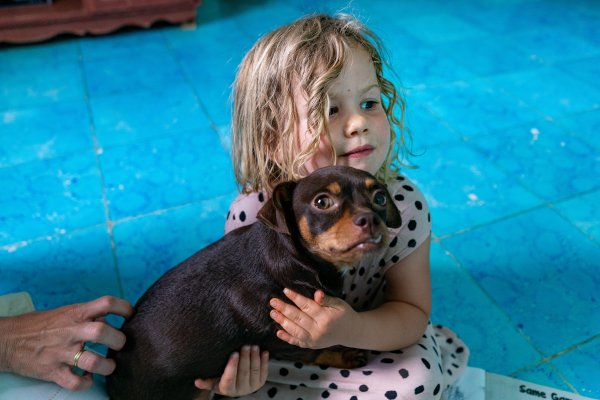 How to Be a Calmer Parent And Stop Arguing With Your Kids
Next Up: Editor's Pick