Snow covers a yard sign placed outside a home near the police station on Nov. 16, 2014 in Ferguson, Missouri.
Scott Olson—Getty Images
By Katy Steinmetz

In the basement of a Portland hotel Friday, a room full of members of the American Name Society gathered for their big annual event: voting on the name of the year for 2014. They nominated and spoke for and against the names of people, places and things that mattered last year before a decisive vote. By a 15-vote margin over the other finalists, “Ferguson” became their name of the year.

Ferguson, of course, is the name the St. Louis suburb where a police officer shot and killed teenager Michael Brown last year, setting off weeks of racially charged unrest around the country. Others also spoke up in favor of the eventual winner. “We can use our voice for social good and also for a movement that has some political weight to it,” said one member.

Iman Laversuch Nick, the incoming president of the society, gave a short speech in support of Ferguson right before the vote. “It’s the amount of power that it evokes,” she said. “It’s a name like Columbine. This name will always have that meaning. … Ferguson is going to take that kind of place historically where we will immediately have those associations, and I think it’s incredible that a name can do that.”

The town beat out Uber (the car service), Malala (the Nobel Peace Prize winner) and Elsa (the Disney princess of Frozen fame) in the final round of voting. Each of the four were winners in their own respective categories: place names, trade names, personal names and fictional names. About 30 people cast their votes by a raise of hands.

The American Name Society is the oldest and largest society dedicated to the investigation of names and how they develop. Laversuch Nick, a New Yorker who teaches at the University of Cologne, is passionate about how much power names have and how much they say about the people who use them. “It starts with the fact that everything that’s significant to us gets a name,” she says.

She reels off examples. The identity crises people have in naming their first-born child; the arguments people have over who can call themselves a Native-American or whether black is preferable to African-American; why some products have names that resonate with consumers and inspire copycatting across industries (See: the iPod); the life-and-death power of names written on Schindler’s List; genocidal killers in Africa targeting victims with certain tribal names; the act of taking away a prisoner’s name and giving him a number; a woman’s decision about whether to keep or drop her last name when she marries; the fact that tampons are euphemized on aisle guides as “feminine hygiene” products; the unclear reason that it’s hard to imagine a lumbersexual named Herbert.

Because of her first name, one used among Muslim people, Laversuch Nick has had to deal with being constantly flagged going through customs post-9/11. “People aren’t aware how much these names mean to them,” she says. Though among the people gathered for the vote, Ferguson was an obvious exception.

“I don’t think anyone in here had heard it before,” said another member right before votes were cast. “It’s this innocuous place that suddenly is a major city in the world’s perspective. I don’t think anybody will ever forget about Ferguson.” 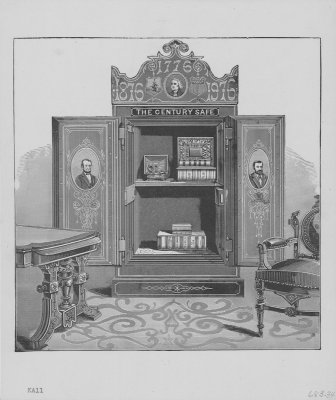