Sri Lanka's President-elect Maithripala Sirisena waves as he leaves the Department of Election office after the election commissioner officially declared him as the new President on Jan. 9, 2015, in Colombo, Sri Lanka
Buddhika Weerasinghe—Getty Images
By Nikhil Kumar / New Delhi

Before calling presidential elections two years ahead of schedule, Mahinda Rajapaksa consulted his astrologer, Sumanadasa Abeygunawardena, who foresaw not just a third but also a fourth term in office for the Sri Lankan strongman.

“The President has great inborn power,” Abeygunawardena said recently, anticipating an “easy victory” for his 69-year-old client. “According to his luck, this is easier than the first and second presidential elections.”

Sri Lankan voters, who turned out in high numbers to participate in the ballot on Thursday, had other ideas.

Early returns on Friday spectacularly showed up that “inborn power,” spelling triumph for Maithripala Sirisena, a 63-year-old former Rajapaksa ally and Health Minister who announced a surprise run for the presidency a day after his ex-boss called the snap election in November. Shortly before declaring his hand, Sirisena had dined with the former President, who, after bringing a long-running civil war with Tamil separatists to an end in 2009, had secured a second term in office with a landslide victory in 2010. (Both sides are accused of human-rights abuses in the conflict, which lasted 26 years.)

At the time, Rajapaksa — who followed up his re-election with measures to remove presidential-term limits and concentrate executive authority in his office — seemed assured of another victory, with his grip over the machinery of government tighter than ever. His brother Gotabaya looked after the defense department; another sibling Basil was responsible for economic development; and a third, Chamal, oversaw the Sri Lankan legislature as Speaker.

The opposition accused the President and his clan of abuses of power and plundering the nation’s wealth. But Rajapaksa confidently shrugged off such allegations, safe in the knowledge that, whatever opposition parties might say, they did not have a viable alternative candidate for the January race.

That changed with the arrival of Sirisena, who, like Rajapaksa, belongs to the country’s Sinhalese majority. His emergence from within the President’s fold turned what looked set to be a coronation for Rajapaksa into a gripping contest, as opposition groups, including the country’s main Tamil party, backed Sirisena’s candidacy. (Rajapaksa’s isolation came into sharp focus earlier this month when he sought the support of the Tamil minority by asking them to vote for the “devil you know” over an “unknown angel.”)

From the start, Sirisena took aim at Rajapaksa’s accumulation of power. “One family has taken control of the economy, power and the party,” he said when he defected. “The country is moving toward a dictatorship.”

Voters responded to his promise to reverse this trend and dismantle Rajapaksa’s executive presidency.

“This [result] shows that autocracy is not something that Sri Lankans will accept,” Paikiasothy Saravanamuttu, executive director of the Centre for Policy Alternatives, a Colombo-based think thank, tells TIME after Rajapaksa conceded defeat in an early morning meeting with opposition leader Ranil Wickramasinghe.

Congratulating the new Sri Lankan leader, U.S. Secretary of State John Kerry said he looked forward to working with Sirisena as his government “works to implement its campaign platform of a Sri Lanka that is peaceful, inclusive, democratic, and prosperous.”

Ahead of the vote, there were fears of violence as the country geared up for what looked like a close contest between the President and Sirisena. But with the opposition candidate clearly in the lead, the violence did not materialize.

“At the end of the day what clinched it was the writing on the wall that there was a generalized desire for change and that any attempt to cling on to power wouldn’t have support from within government itself,” says Saravanamuttu.

Under Rajapaksa, New Delhi had been left on the sidelines as Sri Lanka built stronger ties with China. Beijing stepped up its economic involvement in the country, becoming a major investor investor and trading partner. The two countries also strengthened their military ties and, last year, India expressed concern at the docking of Chinese submarines in Colombo.

With Sirisena’s election, New Delhi will be watching closely to see if he keeps his campaign promise to build bridges with not just China but also India and other Asian powers. His election manifesto assured voters that “cordial relations will be strengthened with India, China, Pakistan and Japan, the principal countries of Asia,” noting that Sri Lanka’s “image has been destroyed due to its incompetent and naive foreign policy and strategies.”

“They [Sirisena and his supporters] are concerned about balance in Sri Lanka’s international relations,” says Saravanamuttu, expecting the new government to look beyond Beijing. 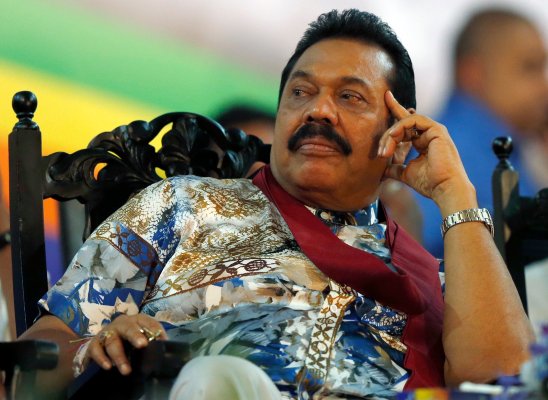