Your Ride on Another Planet Will Be Self-Driven

Nissan has begun developing a self-driving car in partnership with NASA, in the hopes that some of the technology will one day be used to ferry passengers around on other planets.

The cars will be developed at NASA’s Ames Research Center, close to Nissan’s Silicon Valley facility in California. They will also be zero emission, modeled on the electric Nissan Leaf.

“This is a perfect blend of the capability of what the robotics folks at NASA Ames have and the autonomy that we bring,” said Martin Sierhuis, the director of Nissan’s Silicon Valley research center. Sierhuis, incidentally, is a former NASA scientist.

NASA said that it was looking forward to using some of the automation technology pioneered by Nissan in its space programs. “We have a rover on Mars. It is not very autonomous. As we go deeper into space, into more and more dangerous locations, we need to add that autonomy,” Pete Worden, director of the Ames Research Center, told Wired. 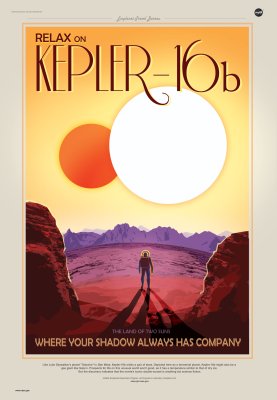 These 'Vintage' NASA Posters Imagine Travel Beyond the Stars
Next Up: Editor's Pick