How Millennials' Sense of Entitlement Could Benefit You

The days when you could earn rewards from your bank might seem as distant as the era when you’d get a toaster for opening an account. Still, more people today — especially young adults and wealthy Americans — expect their bank to reward them.

A new Bank of America survey looks at the attitudes different groups of bank customers have towards rewards and find that young people, in particular, want rewards in some cases just for doing stuff they should be doing in the first place, like paying their mortgage on time.

Believe it or not, they might get what they want. That has the potential to benefit other bank customers, as well. “Financial institutions should pay attention to this growing demand,” says Aron Levine, head of BofA’s Preferred Banking and Merrill Edge.

Millennials are a demanding bunch. They, more than other age brackets, agree with the statement, “It’s important to me that my bank reward me for responsibly maintaining my accounts with them instead of only rewarding me for obtaining a new product or service.”

“Rewards are often as much of the value proposition as product and pricing,” says Greg McBride, chief financial analyst at Bankrate.com.

Young adults are the most confident that their money is working for them and most likely to believe that they’re financially savvy than any other age group. But they also suspect to a greater degree that banks are looking out for themselves rather than their customers.

“Rewarding loyalty, both routine transactions and the volume of activity, are becoming more the norm than the exception across all customer segments,” McBride says. “This isn’t unique to financial services, but follows with what consumers have come to expect in travel and retail,” he points out.

Bank of America’s data bears out this observation.

The survey finds that millennials are far likelier than other groups to demand “rewards for everyday activities I already do,” and they’re already participants in many loyalty programs in spite of their young age. They’re more likely than any other demographic group to say they’re enrolled in banking and credit card rewards programs, and the least likely to say they don’t participate in rewards programs at all.

They’re the most likely of any age group to say they want to be rewarded for using their bank’s website, paying their mortgage on time, using a debit or credit card, contributing to a retirement account, investing or creating a financial plan. They also are the most likely to want rewards for giving their bank new business, either in the form of referring a new customer or switching a balance from another institution, opening a new account themselves or taking out a loan.

Banks do have incentive to respond to these preferences, because millennials are the most likely to have accounts with five or more banking institutions. Plus, they’re a huge demographic and still have their peak spending years ahead of them. As a result, businesses of all kinds are scrambling to butter them up now — which means customers of all ages could benefit if banks give millennials what they want. 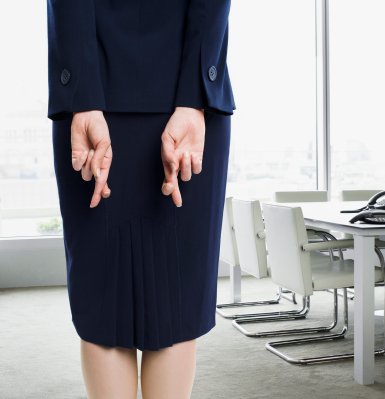 What to Do When Your Boss Catches You in a Lie
Next Up: Editor's Pick