What Your Online Persona Says About Who You Really Are

Does who you are online match who you are in real life? A new study published in the journal Personality and Social Psychology Bulletin shows that avatars, the little icons you can customize in video games and Internet forums, are pretty good depictions of the people who created them.

Since more and more people meet and develop friendships and relationships online, researchers at York University in Toronto looked into whether the impressions people get from avatars, like the kind you use on Nintendo Wii and World of Warcraft, are true reflections of the real-life players they’re interacting with. To measure this, the researchers had about 1oo people create an avatar representation of themselves, and then asked nearly 200 others to rate the avatars on openness, conscientiousness, extraversion, agreeableness and neuroticism.

The results show that traits like being outgoing or anxious are pretty easy to assess, but other traits like conscientiousness and openness to new experiences are more difficult. People with agreeable traits were better able to get their personalities across through their avatars than narcissists.

Example of avatars used in the study
Katrina Fong

Specific physical traits of the online characters helped translate personalities more than others. Smiles, brown hair, sweaters and open eyes were more likely to come across as friendly and inviting, compared to avatars with neutral expressions or those that didn’t smile. Avatars with black hair, a hat, short hair or sunglasses were less likely to come across as friendly or desiring friendship.

Interestingly, the people in the study didn’t seem to apply usual gender stereotypes to the avatars, though avatars made by females were rated as more open and contentious over all. The researchers speculate that perhaps the digital realm has gender stereotypes that differ from the ones we more commonly experience offline.

“The findings from this study suggest that we can use virtual proxies such as avatars to accurately infer personality information about others,” the study authors conclude. “The impressions we make on others online may have an important impact on our real life, such as who becomes intrigued by the possibility of our friendship.” 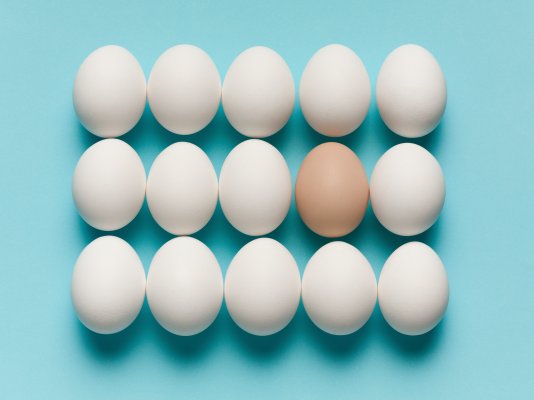 Why One Company Invested $30 Million to Grow a Vegan Egg
Next Up: Editor's Pick