Ohio announced Thursday that it would stop using a 2-drug combination for lethal injections that has proved troublesome since the state began using the method last January.

The state’s Department of Rehabilitation and Corrections told a U.S. district judge Thursday that it would revise its two-drug method of midazolam, a sedative, and hydromorphone, a painkiller, and instead add sodium thiopental, a drug Ohio used from 1999 to 2011.

The move was announced shortly after Ohio said that its supply of midazolam would expire April 1, putting future executions in jeopardy. The state also postponed the upcoming Feb. 11 execution of Ronald Phillips, who was convicted of raping and murdering a 3-year-old girl. Others may also be delayed due to the changes.

Midazolam has come under scrutiny by anesthesiologists and lethal injection experts, who say it inadequately sedates inmates during executions. The drug was first used last January in the lethal injection of Dennis McGuire, who was convicted of raping and killing Joy Stewart in 1989. In the roughly 25-minute execution, McGuire reportedly snored and snorted on the gurney table, leading to a moratorium on executions in the state and a review of its lethal injection protocol.

In April, Ohio announced that it was increasing the dosage of both midazolam and hydromorphone given to inmates while insisting that the McGuire execution was conducted in a constitutional manner.

The executions of Clayton Lockett in Oklahoma and Joseph Wood in Arizona, both widely considered botched, also used midazolam.

One thing that remains unclear, however, is where Ohio plans to get the drug, which it stopped using in 2011 when Hospira, a Lake Forest, Ill.-based pharmaceutical company, stopped making it. But officials may believe that they’ll be able to attain it from compounding pharmacies that are now shielded by a bill signed into law by Gov. John Kasich in December that allows pharmaceutical companies to supply drugs anonymously.

Sodium thiopental now joins pentobarbital, both barbiturates that can depress the central nervous system and be used as sedatives, as the two drugs permitted during lethal injections. 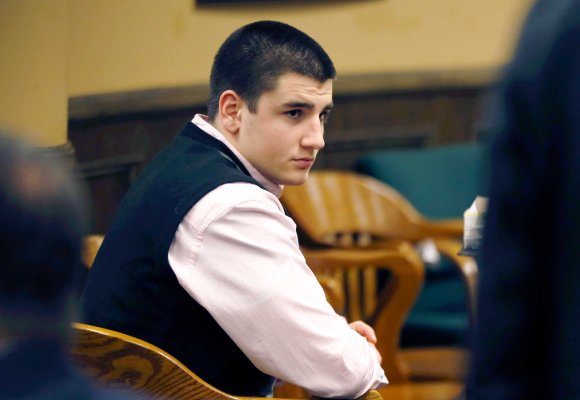