Trent Mays, 17, sits in the court room during a break during the juvenile trial for he and co-defendant Ma'lik Richmond, 16, on rape charges in juvenile court in Steubenville, Ohio, March 16, 2013.
Keith Srakocic—AP
By Jeff Truesdell / People

The second of two high school football players convicted of raping a then 16-year-old girl in Steubenville, Ohio, has been released after serving two years in juvenile detention.

Trent Mays, 18, was sentenced in March 2013, along with fellow student Ma’Lik Richmond, in a case thrust into the headlines amid allegations of a cover-up to protect members of the Steubenville High School football team, whose actions came to light in a series of morning-after texts and social media posts following a night of drinking.

Richmond, also 18, was sentenced to at least one year in juvenile detention and rejoined the football team this past fall after his release last year. Mays received an additional year on a charge of illegal use of a minor in nudity-oriented material, after using his phone to take a photo of the nude victim.

In a statement released through her attorney, according to WTOV9.com, the girl’s family said, “We hope the guilty parties hold a higher standard of morals and values as their rehabilitation continues. We also hope that they realize the magnitude of lifelong pain that they have caused the victim and pray that the memory of their crimes lives in their souls as a constant reminder to treat women with dignity and respect.”

The family of Mays also released a statement through his attorney, Adam Neeman.

“The Mays family is elated to be reunited with their son after this trying ordeal. Trenton has excelled during his rehabilitative prices and has earned the right to be released. He is an extremely promising young man, eager to prove himself on behalf of his family and his community.”

Following the teens’ convictions, a grand jury brought charges against several adults, including school superintendent Michael McVey, who has pleaded not guilty to felony counts of tampering with evidence and obstructing justice.

His trial is scheduled to begin Monday. 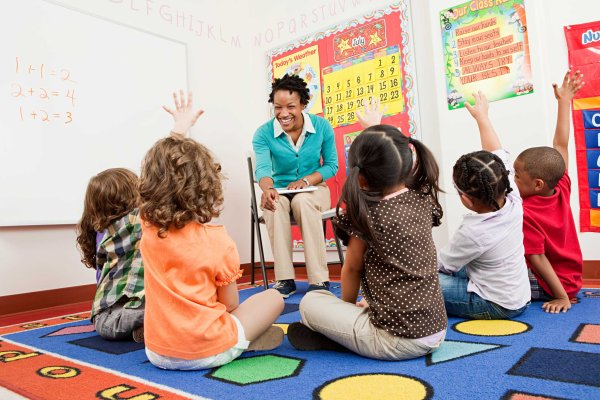 U.S. Failing the Grade on Pre-K Education
Next Up: Editor's Pick