All parents have moments when they wish their kids would just “grow up!”

But when kids grow up too fast, it can have serious consequences.

And more of today’s girls are going through puberty early than ever before. The first signs of puberty in many girls now appear more than a year earlier than they did a generation ago. And more than twice as many girls are showing signs of very early puberty – before age eight.

Puberty is a fluid category, and it’s unethical to run some kinds of tests on children, so no one is absolutely sure what has caused the shift in puberty’s onset. But researchers Louise Greenspan and Julianna Deardorff, authors of The New Puberty, point to three major risk factors.

1. Obesity in children. Twenty percent of children and adolescents are now obese. That’s three times as many as in the past generation. And researchers have established that body fat affects the onset of puberty even more than age.

2. Exposure to chemicals. Puberty is a hormonal process. Researchers have identified over 800 chemicals than can interfere with human hormones. And that’s only the chemicals that have been tested for their effect on human endocrinology: the vast majority we come in contact with have not. Also, most of the chemicals in common use today were developed after World War II, the same time we began to observe a rise in the onset of early puberty.

3. Stress. Poor familial relationships, absent or depressed parents, and significant childhood trauma are all associated with early puberty. The high divorce rate of previous generations, and today’s low rate of marriage, especially for low-income families, means that almost half of all American children are raised in homes without their biological fathers, another factor strongly correlated with early puberty. And in a troubling twist, the symptoms of early puberty themselves can create even more social stress for a child.

So what can parents do?

2. Where possible, steer clear of chemicals. Scary media stories have led some parents to be wary of hormones in dairy and meat, as well as soy. But natural soy may actually delay puberty. And what parents really need to watch out for, according to Greenspan and Deardorf, are chemicals that act like hormones once they’re in a child’s system. These include antibiotics found in meat and dairy products, BPAs (chemicals found in some plastics and cans), PCBs (chemicals found in some electronic products made before 1979), tobacco, flame retardants, pesticides – and even lavender and tea tree oil.

3. Work for family harmony. No family is perfect, but creating a loving home environment protects girls from harm and supports their growth, no matter what age puberty arrives. Yeah, we know, this one isn’t easy.

Bottom line: while it’s good to be aware of the facts and factors affecting modern puberty, much of it is still a mystery. And parenting is an art, not a science. Greenspan and Deardorff remind their readers that “to some extent, pointing a finger at all the potential triggers for early puberty is a moot endeavor for parents. What’s most important is that you learn how to manage this phenomenon so that your girl can take advantage of its hidden blessings while avoiding its common pitfalls – to make it normal and okay.”

For the latest and best parenting information, sign up for TIME’s parenting newsletter, free! 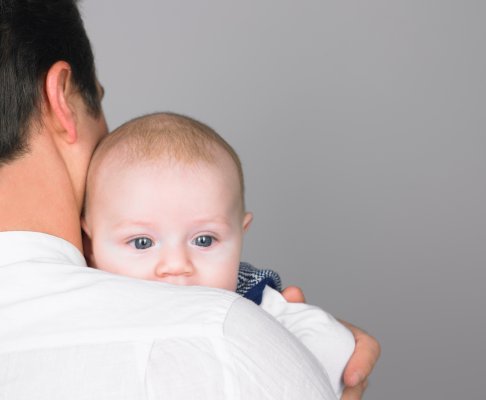