The Navy said Thursday that it is halting, at least temporarily, its practice of cutting female recruits’ hair short when they arrive at boot camp.

The service said it was taking the step “in an effort to standardize training and education across the military services,” following orders last year from Defense Secretary Chuck Hagel to review hair regulations after revised Army hair rules upset some female soldiers.

The ban on haircuts will run for the first three months of this year, and is in response to female sailors complaining that the short haircuts didn’t prepare them adequately for grooming the longer hairstyles permitted once they graduated into the fleet.

“Grooming standards education will be incorporated into the curriculum, but will not impact other training,” the Navy has said of the so-far temporary change. “This will allow women to style longer hair in the same manner that they would wear it daily in the Fleet while providing the opportunity to demonstrate their understanding of the standards before transferring to the Fleet.”

For those who embrace Navy traditions, the service added, “women will still have the opportunity to cut their hair upon arrival and during training at Recruit Training Command and Officer Training Command.”

The Navy’s schools for young sailors and officers have required that females have their hair cut upon arrival so that it only reaches “the lower edge of the uniform collar.” Under the three-month pilot program, they’ll be able to select any hairstyle that meets the service’s grooming regulations.

And the Navy—being the Navy—has set up an interactive website that shows 19 different hairstyles with 360-degree views. (Old salts can check out the written regs here.)

The short-hair styles shown all warn: “No portion of the bulk of the hair as measured from the scalp will exceed two inches.”

The longer-hair styles mandate that “no portion of the bulk of the hair (minus the bun) will exceed two inches, as measured from the scalp,” along with other deployment options for braids, cornrows and rolls.

In what will surely come as a shock to generation of raw, crew-cutted recruits, the Navy also said it is weighing a similar relaxation for incoming male hair. “Male accessions at Officer Candidate School and Recruit Training Command are required to have their heads shaved to an eighth-inch upon arrival,” the service says. “They receive follow-up haircuts, which result in a regulation haircut by the time they reach graduation.” 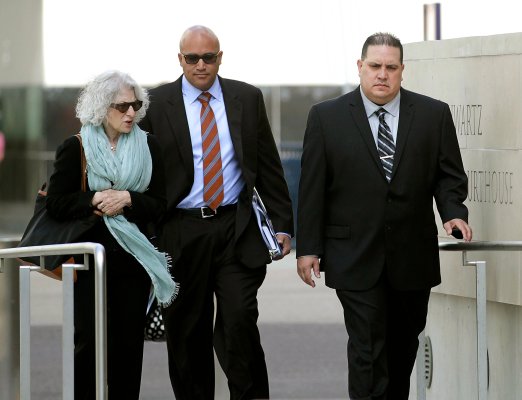