Iggy Azalea on Sexist Criticism: 'They Don't Say That Stuff About Macklemore'

In a new interview with Vanity Fair, the rapper opens up about her post-“Fancy” life (“I have to be very selective when I grocery shop”) and debunks sex tape rumors (“I would remember if I had a sex tape”). But most interestingly, she also responds to the kind of criticism she’s received from artists such as Azealia Banks: Iggy Azalea doesn’t acknowledge the way white privilege lets her selectively borrow from black culture and reap all the benefits (or, at least, Grammy nominations).

“Well, they don’t say that stuff about Macklemore,” Azalea tells Vanity Fair. “So, yes, I think it has 100,000 percent to do with the fact that I have a vagina.” She’s not entirely right: Macklemore does deal with similar criticism. But Azalea also frequently faces debates about her authenticity, ghostwriting rumors and charges of being “fake” — an accusation that’s more often lobbed at female artists than male ones. (Rapping in an exaggerated southern drawl that’s quite different from her relatively soft-spoken Australian voice, however, certainly does little to discourage those complaints.)

Most Popular on TIME
1
What the Harris Pick Means for Democrats
2
The Messages That Hold Refugee Families Together
3
Kamala Harris Is the Third Woman to Run as a Vice Presidential Candidate for a Major U.S. Party. Here's What to Know About the First 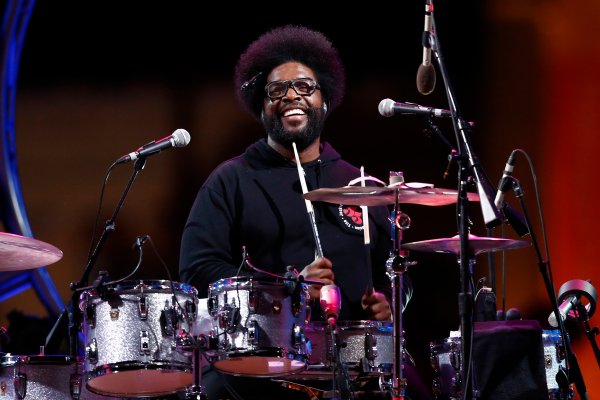 Questlove on Iggy Azalea: 'Fancy' Is a 'Game-Changer'
EDIT POST