Members of GIPN and of RAID, French police special forces, are pictured in Corcy, near Villers-Cotterets, north-east of Paris, on Jan. 8, 2015, where the two armed suspects from the attack on French satirical weekly newspaper Charlie Hebdo were spotted in a gray Clio.
Francois Nascimbeni—AFP/Getty Images
By Noah Rayman

Thousands of police and soldiers were searching for Saïd and Chérif Kouachi on Thursday in connection with the killing of 12 people in an attack on the office of the French satirical magazine Charlie Hebdo. But Twitter was never far behind.

The suspects were first seen in a grey Renault Clio in the Aisne area of Picardie, north-east of Paris.

They were next reported to have robbed a gas station in nearby Villers-Cotteret.

A French journalist later tweeted a photo of the gas station which had been sealed off by police.

The search then moved to Crepy-en-Valois as convoys of police vehicles entered the town.

A local radio station tweeted pictures of military helicopters hovering in the area.

The search then moved to Abbaye de Longpoint.

And then onto the nearby forest.

There is no official confirmation of the whereabouts of Saïd and Chérif Kouachi and Twitter may prove to have been inaccurate. But we’ll need to keep an eye on social media to find out. 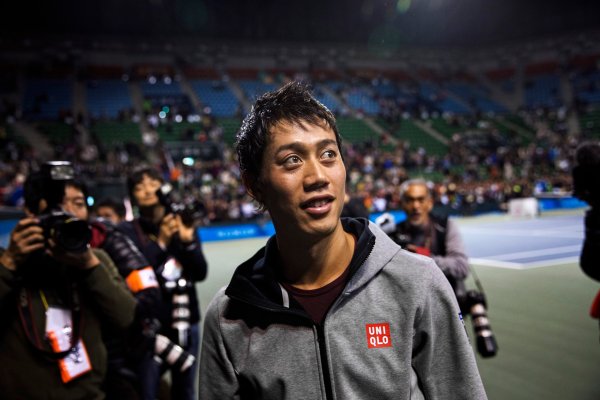 His Time is Now
Next Up: Editor's Pick