One suspect had surrendered early Thursday, after the worst terrorist attack in France in recent memory claimed 12 lives, as a manhunt for two other suspects continued to unfold. Here’s what to know about the attack on satirical newspaper Charlie Hebdo

A look at the satirical newspaper that terrorists in Paris attacked, and a look back at the threats it’s faced since it was founded in 1970

Google Android’s U.S. market share dipped for the first time, as Apple’s new large-screened phones made inroads in the market for “phablets”

The Internet Archive, best known for running The Wayback Machine, has put Oregon Trailand other games enjoyed by children of the 1980s and ’90s online for free. Hitch up your oxen, find some water barrels and get ready for some westward expansion

The bomb that exploded outside an NAACP office in Colorado was a rare act of violence apparently aimed at the civil rights organization, bringing to mind an earlier era when threats of assassinations and bombings targeting the group were far more common

The father of Florida State quarterback Jameis Winston says he will forgo his final two seasons of eligibility and enter the 2015 NFL Draft. Winston, the 2013 Heisman Trophy winner, is expected to be a top pick in the draft

A lawsuit that accuses Prince Andrew of having sex in three countries with the self-described “sex slave” of an American financier could transform the way federal prosecutors in the U.S. handle high-profile criminal settlements in the future.

Phylicia Rashad is setting the record straight about her recent comments defending former co-star Bill Cosby. “That is not what I said. What I said is, ‘this is not about the women. This is about something else,” she said

Divers were hoping to zero in on AirAsia Flight 8501’s black boxes Thursday, after search-and-recovery operations got a much-needed boost with the discovery of a chunk of the plane’s tail — nearly two weeks after it plummeted into the sea, killing everyone aboard

University of Oxford researchers have launched a trial of the drug, brincidofovir, in Doctors Without Borders’ Ebola center in Monrovia. The drug has previously been used to treat patients with Ebola in the United States

FBI Director James Comey revealed that the hackers “got sloppy” and mistakenly sent messages directly that could be traced to IP addresses used exclusively by North Korea. Comey said the hackers had sought to use proxy computer servers

A federal judge on Wednesday overturned a state law banning the sale of the foie gras in California, ending a two-year-long ban on the luxury food that had placated animal-rights groups but upset the state’s high-end restaurants and gourmands 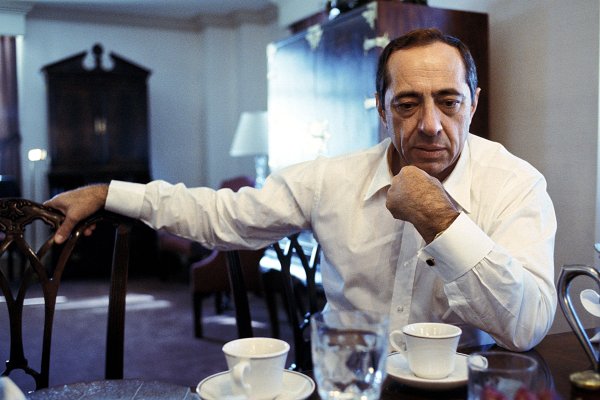