A poster reads 'Je suis Charlie' (I am Charlie) amid symbolic pens and pencils on Place de la Republique as people gather for a minute of silence commemorating those killed in a shooting at French satirical magazine 'Charlie Hebdo', in Paris, Jan. 8, 2015.
Etienne Laurent—EPA
By Naina Bajekal

Despite the killing of eight members of staff on Wednesday, Charlie Hebdo’s lawyer Richard Malka told Le Monde that the French newspaper will still publish a new edition Wednesday. And it will print 1 million copies, more than 20 times its usual circulation.

In the past, Charlie Hebdo has always refused to be silenced by threats of violence. In November 2011, Charlie Hebdo was firebombed and its website was hacked after a magazine cover depicted a cartoon of Islamic Prophet Muhammad, with the title “Charia Hebdo.” But this didn’t deter the staff who published the following week’s issue with a cover of a bearded Muslim man passionately kissing a male cartoonist in front of the bombed offices; the headline read “L’amour plus fort que la haine” (Love is stronger than hate).

This week other French media groups also banded together to offer their financial and editorial backing to ensure the magazine is printed. Radio France, Le Monde and France Televisions released a joint statement inviting fellow media organizations in France to “come together to preserve the principles of independence and freedom of thought and expression, guarantors of our democracy.” 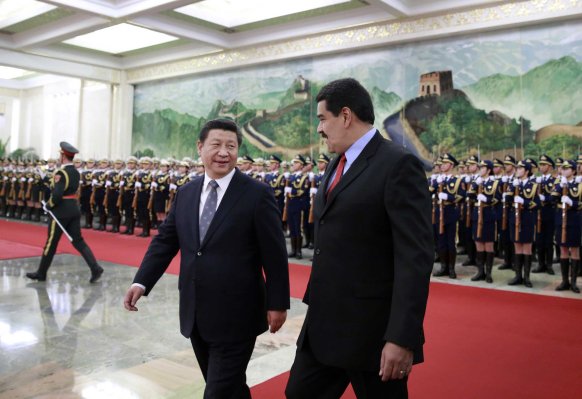 China Steps in to Support Venezuela and Ecuador as Oil Prices Tumble
Next Up: Editor's Pick