Venezuela's President Nicolas Maduro and Chinese President Xi Jinping chat after reviewing an honor guard during a welcome ceremony at the Great Hall of the People in Beijing on Jan. 7, 2015.
Andy Wong—AFP/Getty Images
By Geoffrey Smith / Fortune

China stepped up its courtship of Latin American countries Thursday, promising to double trade with the region by 2025 and offering fresh loans to support left-wing governments in Venezuela and Ecuador.

At a meeting in Beijing with the Community of Latin American and Caribbean States, or CELAC, President Xi Jinping said that annual bilateral trade would rise to $500 billion over the next 10 years, and that China would invest some $250 billion in the region in that period.

That would threaten the U.S.’s traditional pre-eminence as the region’s biggest trading partner, inevitably diluting its political clout there.

However, it’s not clear quite how Xi arrived at his figures. Although trade and investment have rocketed in the last 20 years as China has sucked up natural resources from around the world to fuel its industrialization, growth slowed sharply in the first 11 months of last year, as China refocused its economy on domestic demand.

According to CELAC figures, trade volumes grew only 1.3% year-on-year in the first 11 months of 2014. Despite that, China remains the biggest buyer for Venezuelan oil, Chilean copper and Argentinian soybeans, among other things.

Of more immediate impact than Xi’s promises Thursday were agreements to bankroll the governments of Venezuela and Ecuador, two of the most viscerally anti-U.S. regimes in the region and two oil exporters who are struggling with the consequences of the 60% drop in oil prices since the start of last year.

Venezuelan President Nicolas Maduro was reported as saying that he had secured over $20 billion in investment from the state-owned institutions Bank of China and China Development Bank, adding to over $45 billion in the last 10 years. He didn’t give details of the loans’ terms.

Ecuador, meanwhile, said it had agreed a new $5.3 billion credit line with China’s Export-Import Bank and $2.2 billion in other funding.

Venezuela’s 2-year bonds are currently yielding 62.6%, reflecting widespread expectations that it will default if the price of oil, which accounts for over 90% of Venezuela’s exports, doesn’t recover. It’s not clear whether the new loans will be available for servicing government debts. Ecuador’s 10-year bonds, which were sold at a yield of below 8% last summer, now yield 11.25%, according to Bloomberg.

China had stepped up its economic diplomacy in Latin America last year with $30 billion in concessionary loans and the establishment of a $5 billion co-operation fund. That’s part of a broader policy of setting up new institutions to channel its economic influence, after the U.S. failed to implement agreements on allowing emerging countries such as China a bigger say in running the International Monetary Fund.

In November, China announced the creation of the Asian Infrastructure Investment Bank, which many see as a direct rival to the World Bank and the Asian Development Bank, which has traditionally been dominated by the U.S. and Japan. 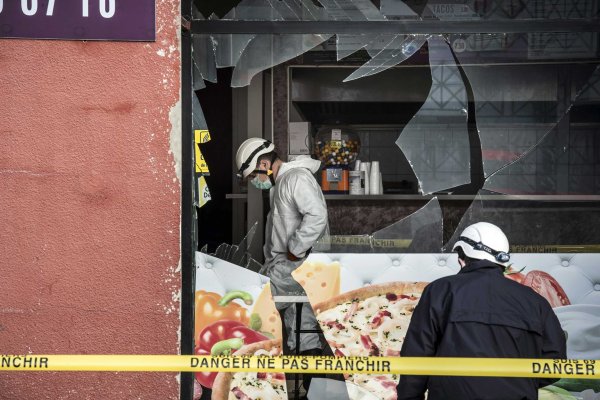