Phylicia Rashad Says Her Defense of Bill Cosby Was Misquoted

Actress Phylicia Rashad is honored at the Newseum in Washington on Sept. 24, 2014
Earl Gibson III—Getty Images
By Lanford Beard / People

In an exclusive interview on World News Tonight with David Muir Wednesday night, Rashad, 66, said remarks attributed to her in Roger Friedman’s Showbiz 411 column Tuesday – in which she was quoted as saying, “Forget these women” – are not accurate.

“I am a woman,” Rashad continued. “I would never say such a thing.”

She declined, however, to comment about the myriad of accusations facing her former costar. “I can’t speak to those things and wouldn’t want to.”

The interview comes in the wake of a press conference Wednesday called by attorney Gloria Allred in which three more women came forward to accuse Cosby of sexual assault. Before the women gave their statements, Allred had several pointed comments to make about Rashad.

“Phylicia, you should be supporting these women,” the attorney said. “Phylicia, if anyone did to you or to your daughter, your sister or or your mother, what Cosby is alleged to have done to these women, I have no doubt that you would not be saying forget these women.”

The full interview with Rashad airs Thursday at 12:35 a.m. ET on ABC’s Nightline. 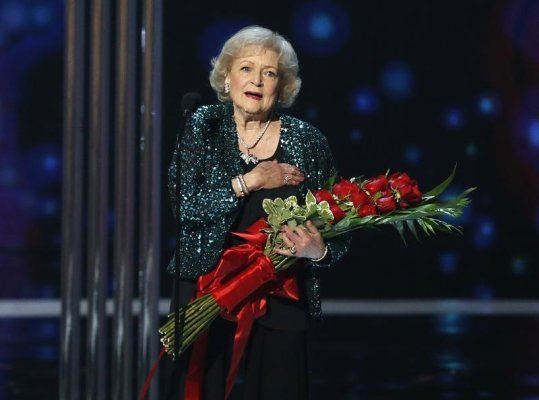 The People's Choice Awards: You Did This to Yourselves
Next Up: Editor's Pick