Allison Williams: 'Being Analyzed About My Weight Drives Me Crazy'

Allison Williams is tired of people scrutinizing her for being thin.

“Being analyzed about my weight drives me crazy,” the Girls star, 26, tells Glamour in the February issue. “It’s easier to say, ‘Oh, she must be anorexic and depriving herself,’ than it is to say, ‘She might have a fast metabolism.’ ”

Williams – who got engaged to College Humor co-founder Ricky Van Veen last February – says she is a naturally slim person who doesn’t diet.

“I deprive myself nothing,” she explains. “But that’s an annoying thing to say, right?”

The actress also opens up about wanting to start a family.

“I’ve known I wanted to be a mom ever since I was a baby,” she says, but admits she still hasn’t figured out the ideal timing.

“That’s a big question mark,” she tells Glamour. “And for a planner, that’s a nightmare.” 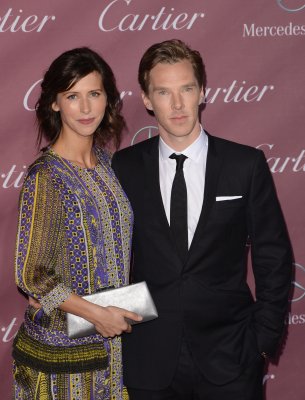 Benedict Cumberbatch and Sophie Hunter Expecting Their First Child
Next Up: Editor's Pick