People gather to pay respect for the victims of a terror attack against a satirical newspaper, in Paris on Jan. 7, 2015.
Thibault Camus—AP
By Ian Bremmer

Wednesday’s attack on magazine Charlie Hebdo shocked France, but tensions with the country’s Muslim immigrant population have been building for years. It looks like these attacks were motivated by anger among Muslim militants that the newspaper had published cartoon images that mocked the Prophet Muhammad. There is no political or demographic trend that can explain such a cold-blooded murder, but the statistics below tell a disturbing story about how this crime will exacerbate already high tensions in France and across Europe, making life still more difficult for Muslim immigrants.

1. All-time highs for migration
Rising anti-immigration sentiment in France comes at a time of historic levels of human movement. There are now more than 50 million people around the world displaced by violence, the highest number at any time since World War II. All of this refugee movement is being felt along Europe’s borders. Frontex, the E.U.’s border agency, estimates that 270,000 people tried to enter Europe illegally last year, shattering the previous high of 141,000 in 2011, the year of the Arab Spring. In 2014, more than 3,000 migrants died in their attempts to reach Europe.

2. Painful economic realities … and misconceptions
Youth unemployment in France is over 24%. As high as that figure may be, another troubling statistic surpasses it. The average person in France believes that 31% of the population is Muslim; in reality, the figure is 7.7%. (Yet, even this much-smaller-than-believed Muslim population is still the largest in Europe.)

3. Anti-immigration goes mainstream
Approval for Marine Le Pen’s Front National, an anti-E.U., anti-immigration party, has steadily risen. In 2010, 18% in France said they agree with the party’s ideas. That number has grown each year since, reaching an all-time high of 34% in the most recent TNS Sofres poll. In European parliamentary elections back in May, the Front National took first place in France with 25% of the vote.

4. All-time lows for a French President
President François Hollande’s approval ratings have dipped as low as 12%, the lowest tally ever for a French President. (According to more recent figures, they’ve “rebounded” to 15%.) The President has pledged to step down and not seek re-election in 2017 if he can’t curb unemployment. Currently at 11%, the unemployment rate is almost higher than his approval ratings.

5. Passports — and lack thereof
As of August 2013, France had the third longest wait time in Europe for immigrants seeking naturalization: an average of 14 years. According to U.S. counterterrorism officials, there are more than 3,000 ISIS recruits believed to hold Western passports. 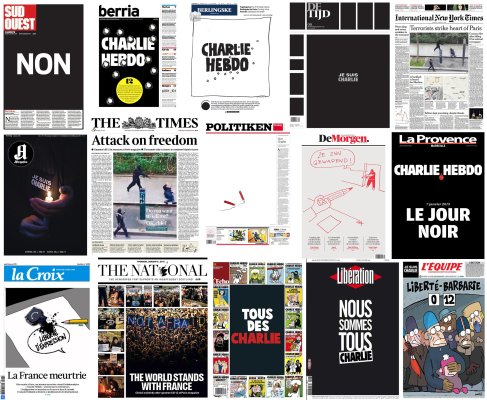