The Biggest Problem American Business Is Facing in 2015

As 2015 progresses, an improving U.S. economy should buoy markets and provide hope for the business sector. However, before we pop the champagne, it is worth remembering that the past year has also been a turbulent one. Economic inequality continues to widen and worker strikes, once rare, are now increasing in frequency.

The reality is that despite gains in profitability and shareholder value, American businesses could experience a serious labor problem in the near future, and the sooner it is addressed it, the better.

Broadly speaking, there are three factors working against the U.S. right now. The first is an aging population, which not only threatens to burden the system with greater costs in terms of social benefits and pensions, but also a shortage of younger people to fill jobs. Exacerbating this is the fact that the working age population in the future, composed of millennials (and their successors) will require better work benefits, including flexible schedules, higher pay, and room for creativity, in order to feel motivated – a phenomenon that will make it more difficult for companies to secure and retain talent.

By contrast, China and India have vast untapped labor pools, and 65% of India’s population is currently 35 or under, ensuring a young and dynamic labor force for decades to come. This has historically benefited the U.S. through cheap labor, but that could change as these economies become stronger and wage levels rise in response. In addition, Chinese and Indian companies have themselves begun to compete aggressively in the global arena with the workforce behind them to support it, which could put their American counterparts at a disadvantage.

The combination of these factors and a growing perception amongst low and middle income workers of economic unfairness could lead to a crisis of worker availability and competitiveness for U.S. companies within the next few decades unless employers can reach a balance between profitability and compensation that will motivate workers. This is particularly important in the arenas of fast food and retail, which require a large labor force but where wage levels are typically low and a source of escalating friction between companies and their employees, but could effect other sectors as well.

Unfortunately, we keep looking towards the government for a solution, which is a mistake. In today’s hyper-partisan environment of Capitol Hill, compromise on a politically charged issue like wages on which Democrats and Republicans fundamentally disagree is nearly impossible. Moreover, the idea of taxing our way to economic equality, advanced by economists like Thomas Piketty and even Microsoft founder Bill Gates, is unrealistic. Even if it was politically feasible, additional taxation would do little to bridge the gap between employers and workers.

That can only be accomplished by a concerted effort to understand and address the needs of workers by companies themselves, and requires the participation of our most influential business leaders.

For too long, the debate over fair wages has remained stuck in the quagmire of ideology (on both sides), but what is really required is the recognition by the CEOs who run our major corporations of the direct link between worker compensation and the future profitability of their businesses. The reason this is so critical is that our biggest companies set wage levels in their sectors and so only through their participation can a true market-driven solution be found to this pressing problem.

Sanjay Sanghoee is a business commentator. He has worked at investment banks Lazard Freres and Dresdner Kleinwort Wasserstein, at hedge fund Ramius Capital, and has an MBA from Columbia Business School. Follow him on Twitter @sanghoee 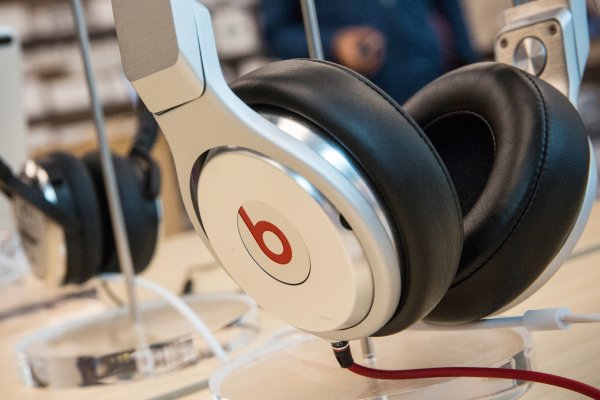 Everything You Need to Know About the Very Ugly Monster-Beats Lawsuit
Next Up: Editor's Pick