Freedom of Speech Is of No Use Unless We Exercise It

A person holds a candle next to a placard which reads "I am Charlie" to pay tribute during a gathering in Strasbourg on Jan. 7, 2015,
Vincent Kessler—Reuters
Ideas
By Jytte Klausen
Jytte Klausen is a scholar of politics who teaches at Brandeis University in Massachusetts. She is the author of The Cartoons that Shook the World (Yale University Press, 2009).

Editors and producers across the Western world will now be asking themselves: “Can I print this?” They are asking the wrong question. It is a fallacy to think “that could be us.” The readers of the world rely on them to say collectively: “Yes, we can.”

In 2009, Yale University Press censored a book I had written about the worldwide protests against the Danish Mohammed cartoons. The book contains a discussion of traditions for depicting Mohammed in Islamic and Western art. Citing fear of unknown terrorists, the press redacted all illustrations from the book featuring Mohammed: Ottoman prints, the Danish cartoons, and a 19th-century engraving made by Gustave Dore, a French artist, who mass produced such art for middle-class homes in the United Kingdom. The danger was imagined. There were no known threats against the press or against myself, at the time, and there never have been any.

Stifling debate in order to evade unknown or perceived threats—at home or abroad—may seem a reasonable tradeoff at the moment, but it has corrosive effects on debate and the dissemination of knowledge in the long-term. The standard for what is permissible expression becomes essentially unknowable. Nor is risk-aversion without cost.

Imagine for a minute that the Western press had continued to publish irascible cartoons ridiculing jihadist pieties after the Danish cartoon episode? What if we did not have to go to the hidden corners of the Internet to find reproductions of Ottoman painting of Mohammed? The editors and cartoonists at Charlie Hebdo were targeted because, over the past five years, they have been left alone standing in defense of press freedom against the jihadist Kulturkampf.

Hebdo was attacked to send a message to all of us who write, read, consume, and produce intellectual content. The jihadists are the new thought police. Clearly, there are reasons to take precaution, but we should not exaggerate the threat. Trained teams of angry Muslim assassins are not lurking in every metropolis, ready to attack the editorial offices of newspapers big and small.

The right reaction is to rally our wagons and protect controversial speech—and the speaker—and suppress the threat. We have to trust our governments to protect us and allow them to do the job. Salman Rushdie has lived for 23 years with an active and credible death threat. Two American bookstores and a community newspaper were bombed in response to the Rushdie fatwa, and yet, bookstores kept stocking the book. Rushdie’s Italian and Japanese translators were killed. The Norwegian publisher was shot and wounded. Yet Penguin kept the book in print. This should be the model for how to deal with threats and intimidation.

Freedom of speech is of no use unless we exercise it. The right thing to do right now is to rely on our governments to tamp down the scourge of terrorism. After the July 7 suicide attacks on the London Underground, Londoners conquered their fears and went back on the trains. Let us, the editors and the producers, the corporate managers and owners of our big newspapers and media companies, get back on the train, publish and carry on. 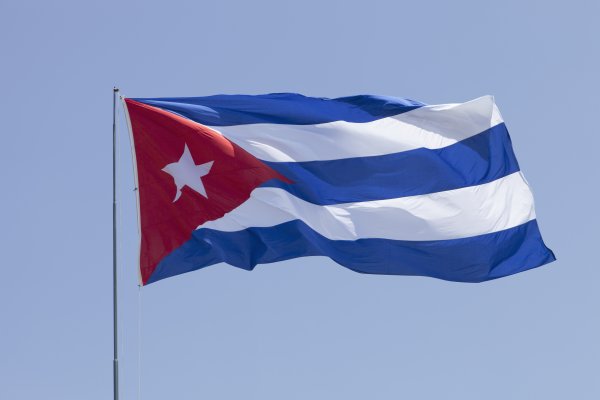 With Cuba, Nothing Can Be Simple
Next Up: Editor's Pick