Sony Has Almost Made Its Money Back on The Interview

A poster for "The Interview" is displayed on the marquee of the Los Feliz 3 cinema December 25, 2014 in Los Angeles, California.
Robyn Beck—AFP/Getty Images
By Victor Luckerson

Sony Pictures seems to be doing a decent job salvaging the disastrous launch of The Interview. The studio announced Tuesday that the film about an attempted assassination of Kim Jong-Un has managed to pull in $31 million in digital and video-on-demand sales after major movie theater chains refused to play the film on Christmas Day. That, an a small amount made by a limited release in theaters, means Sony has almost recouped its initial investment in the controversial film.

Following a wide-reaching hack of Sony Pictures that led to theft of thousands of sensitive corporate documents and threats of physical violence at theaters that played The Interview, screenings of the film were cancelled across the country. Sony pivoted to a digital release strategy, launching the film on YouTube, Google Play, Xbox and its own movie rental website on Christmas Eve.

The film racked up two million rentals and purchases totaling $15 million in sales in the first four days it was available. It’s now more than doubled that take in its second week, thanks in part to being added to a number of additional services such as Amazon Instant Video, iTunes and cable video on-demand systems.

Though the major theater chains declined to screen the movie, a few hundred independent chains debuted the film on its original Christmas Day release date. Through them the movie has managed about $5 million in traditional box office receipts, for a total haul of $36 million. The film reportedly cost $44 million to make.

The FBI has said that North Korea was responsible for the Sony hack, which disclosed confidential corporate plans and emails, as well as private information about actors and Sony employees. The U.S. has issued new sanctions against North Korea following the attack and said the sanctions were just the “first aspect” of the response. 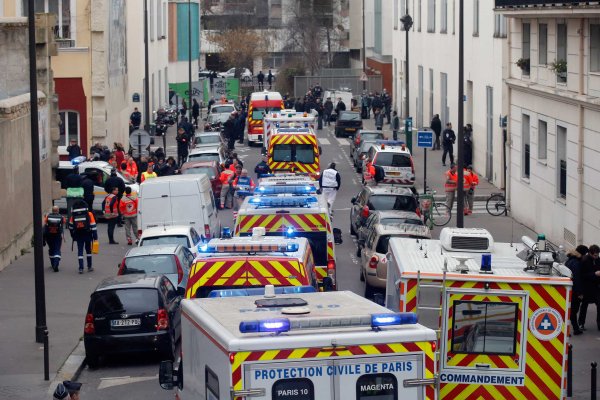 The Charlie Hebdo Attackers Were Attacking You Too
Next Up: Editor's Pick