Brooklyn Nets Owner Mikhail Prokhorov speaks to the crowd prior to the game between the Brooklyn Nets and the Chicago Bulls during Game One of the Eastern Conference Quarterfinals of the 2013 NBA Playoffs at Barclays Center on April 20, 2013 in New York City.
Mike Stobe—Getty Images
By Per Liljas

The owner of the Brooklyn Nets, Russian billionaire Mikhail Prokhorov, said Monday he is transferring ownership of the basketball franchise to his home country, amid the possibility of economic sanctions over Russia’s annexation of Crimea.

Prokhorov hasn’t yet been targeted by Western powers’ crackdown on billionaires with close ties to President Vladimir Putin, but as one of the wealthiest Russians with foreign holdings he could find himself in the crosshairs if the sanctions were extended.

“This question is not clear so far,” Prokhorov commented to Interfax news agency on the possibility of U.S. sanctions affecting his assets. “I have already said numerous times that I am gradually transferring the basketball club to Russian companies, according to the law.”

Last year, the Brooklyn Nets increased a whooping 47 percent in value, making it the fifth most valuable NBA club at $780 million. 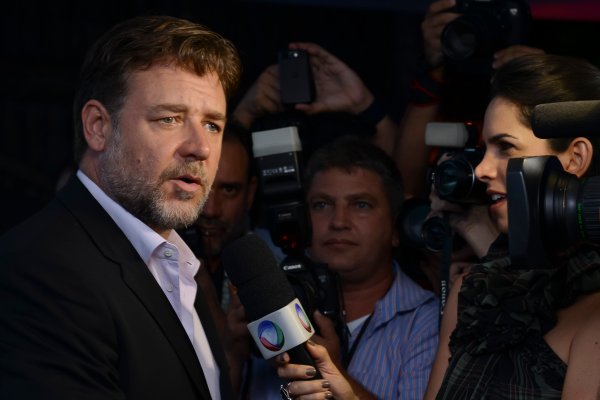