Award-winning author Salman Rushdie, who once received death threats for portrayals of Islam in his work, expressed his support for the satirical newspaper Charlie Hebdo after an attack that killed at least 12 on Wednesday.

“I stand with Charlie Hebdo, as we all must, to defend the art of satire, which has always been a force for liberty and against tyranny, dishonesty and stupidity,” he wrote in a statement posted by the Guardian. Gunmen killed at least 12 people in the paper’s offices before fleeing the scene in France’s deadliest terrorist attack in recent memory.

“Religion, a medieval form of unreason, when combined with modern weaponry becomes a real threat to our freedoms,” Rushie wrote. “This religious totalitarianism has caused a deadly mutation in the heart of Islam and we see the tragic consequences in Paris today.”

In 1988, some conservative Muslims accused Rushdie’s fourth novel, The Satantic Verses, of blasphemy and insulting Islam. Rushdie received death threats and Ayatullah Ruhollah Khomeini, then the Supreme Leader of Iran, issued a fatwa for his death the following year.

“‘Respect for religion’ has become a code phrase meaning ‘fear of religion,’” Rushdie wrote. “Religions, like all other ideas, deserve criticism, satire, and, yes, our fearless disrespect.” 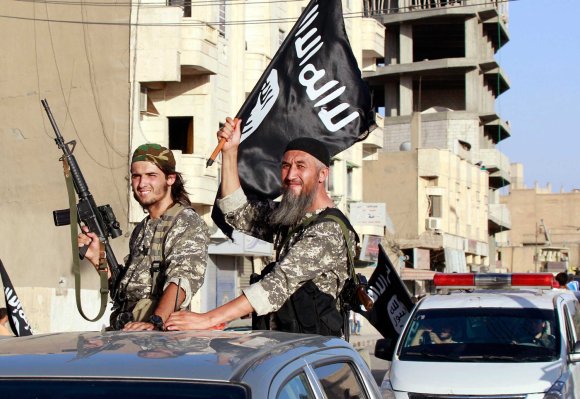 These Are the Geopolitical Risks You Won't Have to Fear in 2015
Next Up: Editor's Pick