These New Headphones Are Hiding an Amazing Secret

Startup Avegant unveiled its latest prototype of a virtual reality headset at the Consumer Electronics Show Wednesday, and it proves the words “stylish virtual reality goggles” do not have to be an oxymoron.

The headset, called Glyph, looks like an ordinary pair of noise-canceling headphones, only with two eye holes tucked discreetly underneath the headband.

That discretion could make all of the difference for shoppers who want an immersive video experience without having to immerse their heads in a clunky contraption. “It can’t look like I’m wearing a pope hat,” Avegant’s CTO Allan Evans said in an interview with Re/code.

Flip the Glyph’s headband down in front of the eyes and 2 million micro-mirrors will project light from an image directly onto the retina. Glyph’s designers say it mimics the experience of sitting in a darkened movie theater at a reasonable distance from the screen, making it uniquely suited for long haul flights, though it might still draw stares from neighbors unaccustomed to seeing headphones strapped across the face (see demonstration video below). 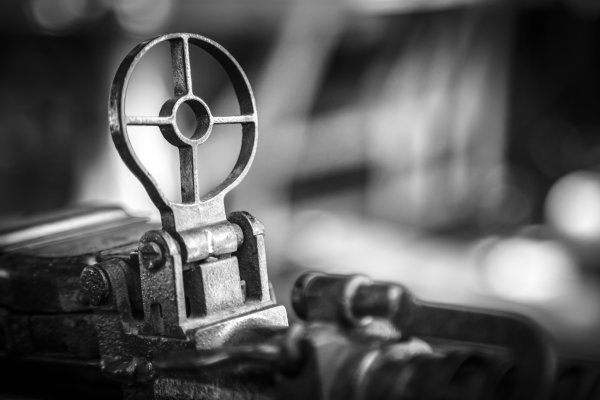 This Is the Gun You Can Connect to the Internet
Next Up: Editor's Pick