The U.S. private sector has added more than 2.5 million jobs last year, and some economists say that if the pace of hiring continues, the nation could return to full employment by this time next year.

The rosy view can be attributed to the latest employment figures reported by payroll processor Automatic Data Processing and analysis provider Moody’s Analytics. Their report shows private-sector payrolls in the U.S. jumped by 241,000 in December, surpassing the 235,000 increase projected by economists. The U.S. private sector has now added more than 200,000 jobs for four consecutive months.

“At the current pace of job growth, the economy will be back to full employment by this time next year,” said Mark Zandi, chief economist of Moody’s Analytics. Full employment is when all, or nearly all, people who are willing and able to work are able to do so.

By sector, the professional/business services and the trade/transportation/utilities industries added the most jobs in December, the report showed. Construction, manufacturing and financial activities employers also added to their payrolls.

The labor market had a stellar 2014, with gains in hiring across a range of sectors as U.S. economic growth encouraged many employers to add jobs. 2014 has been the best year for job gains this millennium, as Fortune previously reported.

The ADP report is issued two days before the federal government’s monthly jobs report, which includes the unemployment rate. Economists predict that Friday’s December jobs report will show U.S. hiring swelled by 245,000, while the nation’s unemployment rate is expected to dip to 5.7% from 5.8%. 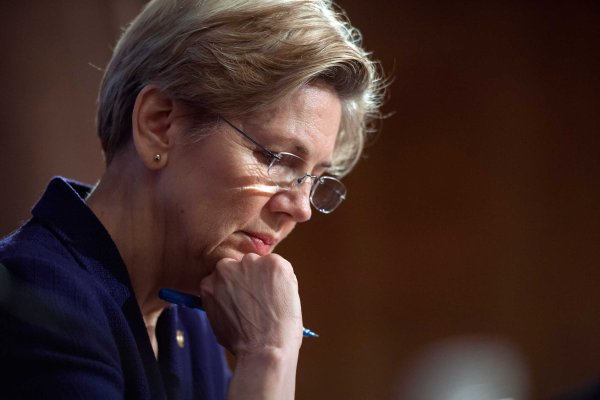 The Left's Opening Gambit for 2016 Is All About Your Paycheck
Next Up: Editor's Pick