Don't get too close: A black hole in the galaxy Centaurus A emitting gas jets as it sucks in matter.
NASA NASA; Getty Images/Photo Researchers RM
By Michael D. Lemonick

For cosmic drama, nothing should beat a supermassive black hole. It weighs millions, or even billions of times as much as the Sun; it eats stars whole with no apparent difficulty (although it does sometimes burp); it heats up surrounding gases to such insane temperatures that you can see the glow halfway across the universe; and perhaps best of all, it gives Stephen Hawking something to theorize and argue about.

For all that, it turns out that something does beat a giant black hole: two giant black holes, especially ones circling each other like wary Sumo wrestlers getting ready to grapple. Such things are by no means unheard of: just about every galaxy has a supermassive black hole lurking at its core, and when two galaxies merge, as they often do, their central black holes orbit each other in an ever-tightening dance, and in many cases they eventually coalesce into one. When that happens, says General Relativity, they should trigger ripples in the fabric of spacetime itself, in the form of so-called gravitational waves that Einstein predicted, but that no one has yet detected directly.

Such a merger hasn’t ever been seen, but astronomers have just announced the discovery of the next best thing: a pair of supermassive black holes orbiting each other more closely than any ever before observed. Other twin black holes won’t merge for another few billion years, but these, says Caltech’s George Djorgovski, co-author of a paper in Nature describing the new discovery, “could merge in a mere million years.”

That still sounds like a long time, but it means the two black holes are virtually on top of each other—on a cosmic scale at least. If one were sitting in the Sun’s position, the other might be as close as the Oort Cloud of comets that sits at the edge of the Solar System. That’s crucial: astrophysicists don’t really know what happens in the last stages of the spiraling-in process—it’s known as the “final parsec problem,” a parsec being a bit over three light-years. And these two are very much in the thick of it.

Djorgovski and his colleagues hasten to say they haven’t seen the black holes as individual objects: instead, they’re looking at the bright spot of light that marks the “accretion disk” of superheated gas that often surrounds black holes. Accretion disks flicker sometimes, as new gas is pulled in, but in the case of this object, known as PG 1302-102, the flicker is periodic, waxing and waning over a period of about five years. That’s the telltale sign that two objects are involved: one of the black holes’ accretion disks may be warped somehow by the gravity of the other, causing a hot spot that flashes us as it rotates into view.

What the astronomers are hoping for now is to find more examples like this. They have some 20 candidates already, and the more twin black holes they can find that are in tight orbits, the better they can understand what’s really going on. We may not be around to see PG 1302-102’s final collision—if it ever takes place—but somewhere out there, two black holes may be even closer to tangling. 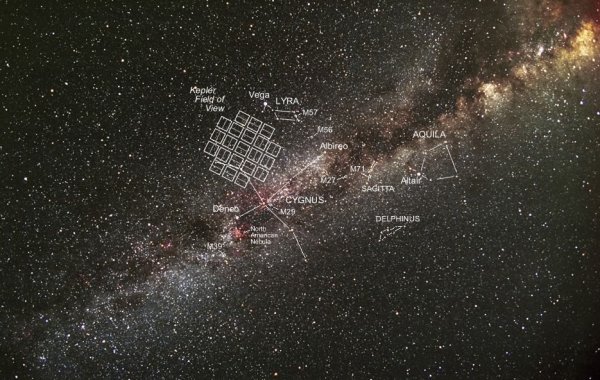 Cousins of Earth Found Deep in Space
Next Up: Editor's Pick